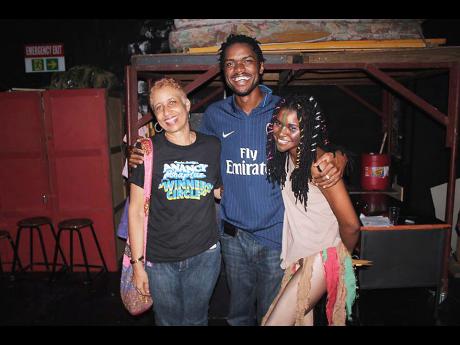 Come Boxing Day (December 26,2018), there will be an expansion in the age range of thespians normally seen on stage when the curtains rise on the annual calendar of Jamaican theatrical productions.

While DJ Piper and the Rat Pak is not currently scheduled to have an extended run at the Campion College auditorium, it will premiere at the Old Hope-Road, school with a cast of nine to 21-year-olds.

"It is a time for family, and there is very little to no offering for wholesome family entertainment. We felt that it was an opportunity," said Damion Radcliffe, writer and director of DJ Piper and the Rat Pak. It is being produced by Round of Applause Productions.

The story is related to the well-known - The Pied Piper of Hamelin, which poet Robert Browning puts into verse as he relates the sequence of events in a German town where "Rats! They fought the dogs and killed the cats/And bit the babies in the cradle."

While DJ Piper and the Rat Pak will be set in a Jamaican urban centre which has also been known for ravaging rodents - New Kingston - Radcliffe said, "What I wanted to do was twist the ending of the story, and also have more twists elsewhere in the story."

As part of that, DJ Piper and the Rat Pak has an environmental focus, and a consistent message of self-belief. Radcliffe says the latter is also an inherent benefit of children and young adults getting involved in theatre, as they perform not only before adults, but also their peers. He also puts being involved in a play in the context of technological advances redefining social interaction.

"It is all on the Internet. Most plays take place on a device, and you don't play with someone," he said, adding that being involved in a theatrical production also involves the challenge of "working with people you are not used to at all".

The cast required is over 30 members, and auditions will be held at Campion College's auditorium this Sunday, where persons who are auditioning will be asked to prepare a dramatic piece and a song.

Radcliffe has an extensive track record in children's theatre, including the Anancy Chaptaz series, which has some significant differences from DJ Piper and the Rat Pak. "There will not be a narrator at all," Radcliffe said. "In Anancy Chaptaz you had 'Tella.' Among the similarities are singing and dancing to go along with the acting and a positive message. "It is for the family - not just some persons, but the entire family. It is sharing, in keeping with the season of sharing," he said.

Among the traditional Boxing Day theatre openings is the annual LTM National Pantomime.