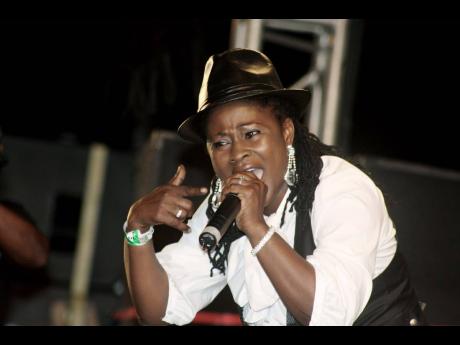 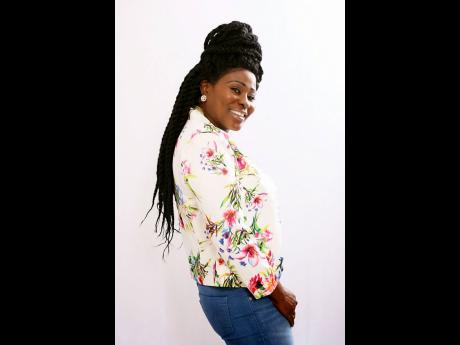 Veteran female deejay Janice Fyffe, known to her fans as Lady G, is aiming to make her presence felt again in the music industry in a big way. However, the Nuff Respect artiste insists that she is not back, she is simply ready to work again, and is therefore kicking off 2019 with a stage show in Clarendon tomorrow.

“It’s not that I’m returning, because I wasn’t gone anywhere,” she said. “I have always been doing a few shows here and there, including a festival in Canada last year. But to be honest, I’ve been a laid back person from long time, and I really took some time to watch what’s going on, rejuvenate and get some inspiration from others,” she told The Gleaner.

It was four years ago that Lady G made the decision to spend more time in the United States, having been going back and forth for a while. And although she has been absent from the recording scene, and has not performed in Jamaica in more than three years, she says she has kept her musical stride and has followed with much interest a lot of what has been happening in Jamaica – both in the dancehall and with reggae acts. And, according to her, she really likes what she is seeing.

In fact, she had nothing but good things to say about the current crop of youngsters in reggae music, pointing out that the new reggae sensation, Koffee, reminds her of herself as a youngster. “I’m happy with what I’m seeing with the female artistes. You know, Queen Ifrica was always out there doing her thing, but there are artistes like Lila Ike, for example, and there’s Koffee, who reminds me so much of myself as a young artiste. She is humble and I hope she keeps it that way,” Lady G said. As for the artistes who have been holding up dancehall, Lady G made sure to pay tribute. “Sister Nancy is doing great, Macka Diamond is still trying to hold her own, and Spice has to do what she has to do. She’s a great artiste, but lyrically she can do better,” Lady G said, adding that she was simply voicing her honest opinion and not bashing anybody.

The Breeze Off deejay told The Gleaner that she started 2019 off with a bang, but added that it wasn’t due to any definite new year resolution, it was just that everything happened at the right time. “January morning I got a call from a promoter in Atlanta, and he said ‘G, I have two new rhythms for you’, and I told him to send them,” she said. After listening to them, she recorded two songs, one of which has been released and, according to Lady G, is receiving good feedback. “The new single is called No Problem, and it’s produced by Mod Squad. There is also a second single, but we are holding that back a bit,” she said.

Also on the horizon for the summer is a Nuff Respect tour, and again, this started with a telephone call, also in January, from a promoter in Europe. The dates are steadily being confirmed, and at this point, there is no indication as to exactly when or where the tour will end.

She is also quite excited about performing on the Big League stage show at Roses Lawn on Saturday, and she says that fans can expect her to give her full hundred, as she is ready to ‘press gas’ again.

Lady G surfaced on the dancehall scene in the early ’80s and made her name with the single Nuff Respect, and followed up with Legal Rights and Round Table Talk, both in combination with Papa San, which earned her DJ of the Year in the United States and Canada. She also copped the DJ-of-the-year title in 1988, ’89, ’90, ’91, ’94 and ’98 from award bodies such as Martins, Tamika, Rockers, Jamaica Federation of Musicians, Binns and the Canadian Reggae Music Awards. Lady G then joined forces with Danny Brownie’s Main Street Records and released hits such as R ock Back, Me or the Gun, Good Man Short, One Man Alone, Perform and Thank You, done in tandem with Chevelle Franklyn. In 2000, she did a combination with Crissy D, titled Girls Like Us , which entered the British charts at number five.