For the Reckord | Arts-based education – the key to success 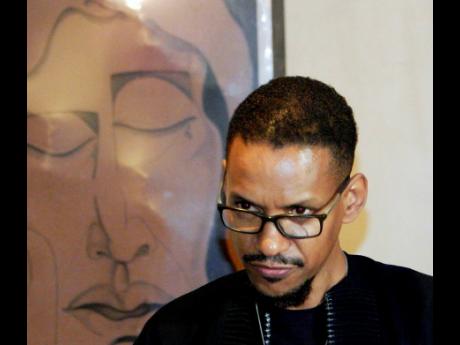 Michael Reckord
Dr Courtney Hogarth, speaking at the opening of his exhibition – ‘Requiem’. 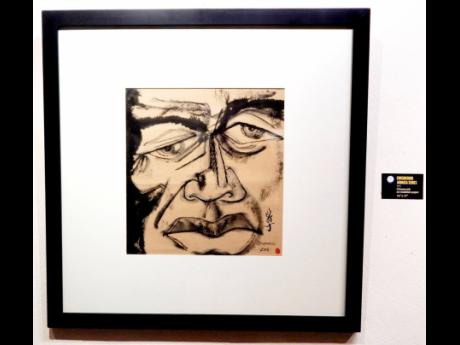 Michael Reckord
One of the Chinese ink-on-paper drawings in Hogarth’s ‘Considering Jamaica’ series. 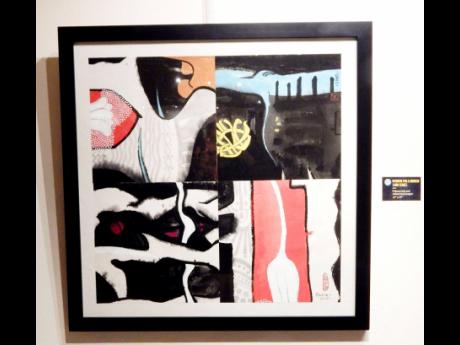 Michael Reckord
A piece from Hogarth’s ‘Requiem For a Brokwn Land’ series. 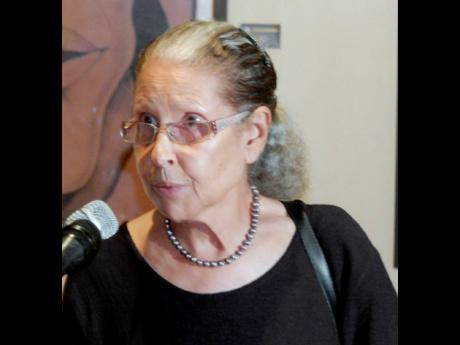 Michael Reckord
Former head of the Edna Manley School of Arts, Hope Brooks, speaking at the opening of ‘Requiem’.
1
2
3
4

The fundamental importance of arts-based education to Jamaica’s success was underscored recently by two prominent artist-educators – Hope Brooks, former head of the School of Visual Arts at the Edna Manley College of the Visual and Performing Arts; and Dr Courtney Hogarth, poet and director of The University of the West Indies (UWI), Confucius Institute at the university’s mona campus.

Both were speaking at the opening of an exhibition of artwork by Hogarth at Olympia Gallery, Papine.

Brooks said: “Knowledge of one’s culture is the basis of our psychological well-being as a people. In order to raise awareness, more research and publication of Jamaican art and culture needs to be done – both in print and on the Internet. The Caribbean is the only place in the world to which all the cultures of the world came and out of which a new culture will emerge.”

She said that the worldwide popularity of Jamaican music proves this and added, “In recent times, there has been increasing recognition, internationally, of our fine art.”

Speaking to Hogarth on Monday, he reminded me that studies have shown that students who have an arts-based education – in performing arts or fine arts – tend to be successful. Though hardly anything touches humanity more deeply than the arts, he said, “We have largely obliterated the arts-based education – if we ever had it. The focus is now on science, engineering, mathematics, and computers.” He was referring to the STEM subjects (science, technology, engineering, mathematics) widely accepted as the foundations of the industrial and corporate world.

A past student of the Edna Manley College of Visual and Performing Arts, Hogarth holds a Master of Art and a PhD in classical Chinese painting and philosophy from the Central Academy of Fine Arts in Beijing. His collection of poetry (with his own illustrations), Dewdrop, was launched in 2017. Asked about the connection between his poetry and his art, he said that they provided him with “a double-language” with which to express himself.

“I do know that both flow from the same creative imagination but are different (yet related) modes of expression. Although my art and verse are uniquely mine, I do not think one elucidates the other. At least, that is not my aim.”

On the pessimism implied in the exhibition by its name, ‘Requiem’ (a lament or funeral speech or song), he admitted being pessimistic about the society but said that his optimism or pessimism was really “immaterial” and not always related to what he was trying to express. “One could be totally in love with the physical land that is Jamaica,” he said. “It is beautiful, bounteous and paradisiacal. This has nothing to do with the work of man. Nature selflessly afforded it to us. What is important is our attitude to this land. The society which this land cradles is the result of our thought. “Moving along the current trajectory of the collective thought, there can only be pessimism, for we are repeating the past in the present and, as a result, robbing the future. Any society that is governed by acquisitiveness, shallowness, indiscipline, noise, corruption is one without a future,“ he continued.

Asked about any solutions offered by his art, he said, “Art is not created from the need to solve problems. Serious art is created from a deep centre, from an inner life where hate, malice and prejudice do not exist … .“ He added, “More importantly, however, is what the acquisition of an arts-based education may do for a society. For where this is understood and put into practice, miracles may abound. This, for example, is the missing link in the education process in Jamaica. We are busy espousing everything else, except art, to our detriment. In almost all situations, those who receive an arts-based education will outperform their peers in almost every single endeavour.”

‘Requiem’ comprises more than 30 paintings and drawings influenced by Hogarth’s study of classical Chinese painting, his world travels and his interest in the artistic and spiritual heritage of mankind. It closes tomorrow (Saturday, March 30).