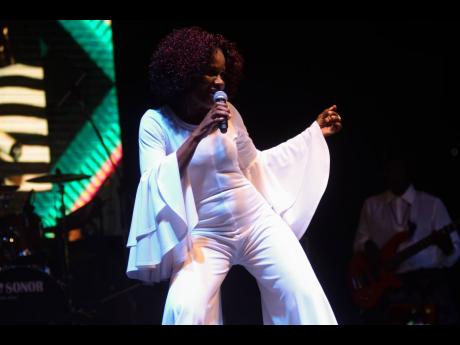 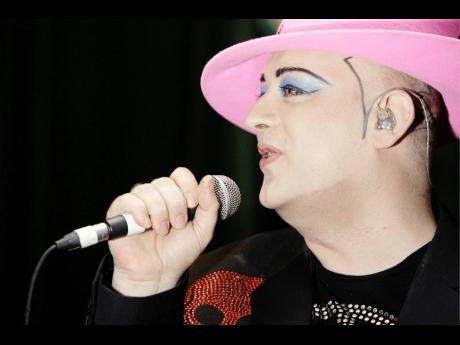 Today, The Gleaner presents the first in its five-part series exploring the underground substance abuse culture in the entertainment space and its implications.

While many Jamaican entertainers have fallen victim to drug abuse, Gem Myers is one who said that she stood by her morals and avoided a pitfall that could ruin her career. One of the island’s finest cabaret singers, Myers told The Gleaner that there is not enough money or stardom that could make her forsake her values and morals.

After she began her music career in ’81, Myers was performing on the north coast hotel circuit, where she caught the attention of androgynous British pop sensation Boy George on one of his many trips to Jamaica. “It was about 1985, and George saw me doing a show at Americana Hotel, which is now Moon Palace. He offered me a job on the spot to do background vocals for his group, Culture Club,” Myers recalled. “I accepted the offer, and within a couple weeks, I was on my way to Holland for rehearsals.”

Culture Club had established itself as one of the most influential groups of the ’80s, with chart-topping singles like the ‘83 classic Karma Chameleon and Do You Really Want to Hurt Me. At the fore of the group was cross-dressing lead singer Boy George, whose droll wit, outlandish make-up, and innocent, sweet vocals were gobbled up by fans worldwide. But George had an addiction to hard drugs, including heroin, which would ultimately make headlines and contribute to the group’s demise.

Myers saw the red flags almost immediately. “Going to rehearsals, and seeing what was happening, I was never happy. Some people came to rehearsals, but the most important people, like George, I never saw him on set for rehearsals. You could tell that things in the background were not 100 per cent. It was evident that drugs were involved.”

In a 1986 Rolling Stone magazine exposé of George’s substance abuse, the singer was reportedly first introduced to drugs through a friend when he vacationed in Jamaica four years prior. By June 1985, he looked emaciated and was on a downward spiral, abusing substances like cocaine, ecstasy, and alcohol. He would later confirm his battle with drug addiction in his 1995 autobiography, Take it Like a Man. Myers left the group after less than two weeks.

“It wasn’t a hard decision because I looked around and knew that is not what I wanted. When you come from a certain upbringing, it’s very easy to make those decisions – I have no regrets. I can’t tell what would have happened, but I was able to come home and build my career. I think I can safely say I’m a household name, and I’m still in the game.”

Myers pointed out that substance abuse is not limited to the international landscape, as the issue is also present on the local scene. “Drugs and alcohol is very much out there in our business. You see it all around you every day. It’s a choice we have to make whether we will indulge or not. I don’t smoke or drink.”

Performers like Shaggy, Marion Hall (formerly Lady Saw), and Beyoncé have spoken about creating alter egos to help them perform before large crowds. According to consultant psychiatrist Dr Geoffrey Walcott, entertainers may turn to substances to ease anxiety issues and to also replenish their energy after a performance.

“We don’t talk about anxiety issues because we think that our entertainers are not prone to these same problems that most of the general population face. There is anxiety that comes from going before a large audience, and they are under immense pressure to deliver. If they don’t deliver, the audience is usually very unforgiving,” Walcott told The Gleaner. “Some people may create alter egos in order to decrease anxiety, but some people turn to alcohol, cocaine ... . Those are usually the main drugs that these persons abuse.”

Walcott linked the process of performing to the addiction process, noting, “They are in front of a large crowd, and they are getting all the love and adoration, so they start to feel immense pleasure and immense highs. The very nature of being in that business is something that would predispose them towards addictive tendencies because the performance is somewhat addictive. It lends to stimulation of what we call the rewards centre, and that is usually why they work as hard as they do ... . That pattern itself sets up the problem.”

But habitual use of drugs and alcohol creates dangerous and sometimes fatal results as seen with acts like Mac Miller, Amy Winehouse, and Michael Jackson. If steps are not taken to seek treatment. “Persons become alcohol dependent. Marijuana abuse interferes with their functioning, and the habitual use of cocaine can cause health problems like overdosing. It causes a lot of clinical problems, cardiac problems, medical problems, strokes, and the list goes on,” said Walcott

Join us tomorrow as we bring you the real life stories of some of our most beloved entertainers and their struggle with substance abuse.