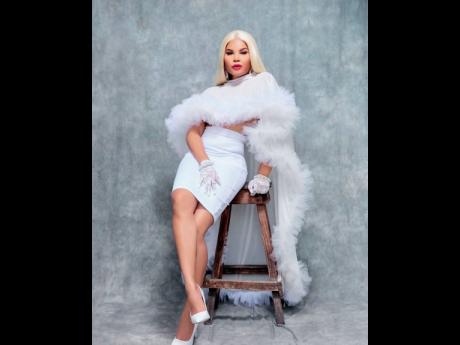 Though she is primarily known for oozing sultry vocals on a blazing dancehall rhythm or softer ones on a reggae ballad, Ce’Cile cannot be confined to one kind of expression in the artistic discipline. She recently announced an upcoming children’s book, adding author to her credit, and is now readying the launch of a record label, wearing the music executive hat.

But this is a familiar position for Ce’Cile, who has been actively involved in music production since the turn of the millennium.

Working alongside Cordell ‘Skatta’ Burrell on their Kings of Kings and CeCo labels, she produced rhythms such as ‘ Double Jeopardy’ in 2001, which featured acts like Sizzla, Kiprich, Frisco Kid, and Beenie Man. She also has production credit for work with Jah Mike on the Reggae Vibes label, like the ‘ Nude’ rhythm, released in 2003.

This time around, Ce’Cile is charting her passion for production alone with her own outfit, the name of which will be unveiled in upcoming weeks.

“I started the label after releasing my album Music + Magic in March. I just signed my first artiste, and it’s a girl, and I will soon reveal who it is,” she told The Gleaner.

“I’ll never stop being an artiste, I love it, but I like when I can control what I do. I love dancehall. I love what is happening now with the females. I love Shenseea, I love Jada, I love Spice, I love Koffee, and I want to still be doing that, but not ‘me’. I want to be the exec. I want to have an artiste among these girls who are popping and doing well because as a spectator, I love all of this.”

This is not the first time she has had an artiste under her wing. Years ago, she worked with aspiring artistes Lauren (now Lvna), her brother, Cuban, and two other acts.

“Mi cya sign mi friend dem cause dem don’t listen to me,” she said while laughing. “I love being able to create something and take it (from) the level it was at to, hopefully, places. I’ve been doing this for a while now. I love it, and mi nah go stop. I wanna be a big label.”

She added that this venture will also allow her to do more reggae music, which she is known for overseas.

“A lot of people probably know me as a dancehall artiste, but I want to go in that vein (reggae) right now and then have my artistes do dancehall,” she said.

“I may do one and two songs here and there, but I, personally, think I’ve done 90 per cent of my time as a dancehall artiste. I’m doing something else, but I still love dancehall so much that I have decided to start working with other artistes and be a music exec.”