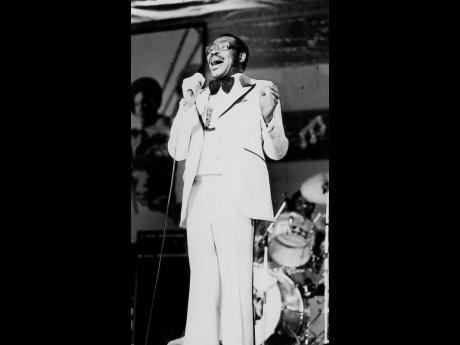 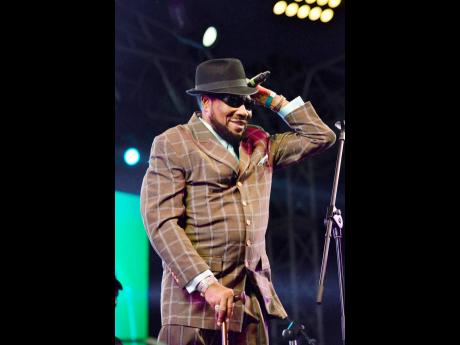 Derrick Morgan’s call for unity in his ska recording, Forward March, done in late 1962, was a most important directive in song that ought to have been embraced by the nation, which a couple months earlier had decided to determine its own destiny by becoming an independent nation. Morgan was forthright as he sang in the first stanza:

“ Gather together, be brothers and sisters, we’re independent.

Don’t be sad and blue.

The Lord is still with you.

Because the time has come when you can have your fun.

Sadly, though, after 57 years of independence, Jamaica has not heeded the call. Overall, though, the music of emancipendence (a recently coined term that combines independence and emancipation days celebrations) really mirrored at the time the mood of a people who were going through a very critical stage in their development. And, their words cannot be taken lightly either, because people tend to view entertainers more like role models than they do politicians.

One of the true role models in popular music then was Stranger Cole. Many up-and-coming artistes looked up to him for inspiration. His recording of Ruff and Tuff, done for Duke Reid’s Treasure Isle label in 1962, was perhaps the first instance of a popular song issuing a warning to unruly youths through music. Cole warned in the song:

“ Don’t bite the hand that feeds you.

‘Cause the good you do lives after you.

It will be ruff and tuff on your side.”

The recording was in response to a wave of unruliness which had permeated the society in the years following independence, and which threatened to erode the unity Derrick Morgan was promulgating in his recording. Again Cole’s words seemed to have fallen on deaf ears.

In the meantime, minister of development and welfare at the time, Edward Seaga, conceptualised the creation of Jamaica Festival and the Festival Song Competition to help galvanise a sense of unity, nationality and celebration of our culture. According to Seaga, “When the Jamaica Festival was first initiated by me in 1963 it was primarily structured to create a home for diverse bits and pieces of festival-type activity which was occurring sporadically, and also to have something to mobilise the spirit of the people.”

Buoyed by the national exhilaration of the times, ska music seemed to have taken on a new lease on life with the attainment of independence. But in all of this, Seaga still believed that, “It was of paramount importance that Jamaica had a music of its own that was identifiable with Independence.” So he commissioned Byron Lee to go into West Kingston, familiarise himself with ska and take it uptown. It wasn’t all that easy: “Some high-toned people criticised us for bringing such low-class music uptown, but it was a big success. Radio picked up the sound and middle-class Jamaicans started buying ska records,” Lee told Kevin O’Brien Chang, author of the book Reggae Routes.

Ska’s throbbing beat, epitomised by the Skatalites band and the success of forerunners like Derrick Morgan, Jimmy Cliff, Eric Monty Morris, Prince Buster, Desmond Dekker and Delroy Wilson, fired the imagination of music aspirants and pulled them into the city in search of job opportunities as singers. Sadly, though, many did not possess the requisite vocal talent. Frustration eventually set in and some turned to crime.

The upsurge in criminal activity and the resultant rude-boy syndrome that emerged in the early 1960s inspired the creation of several recordings on the topic – some glorifying it, while others denounced the trend. Alton Ellis was particularly vocal in his denouncement through his recordings of Cry Tough, Blessing of Love, The Preacher, Don’t Trouble People and Dance Crasher in which he urged: “ Dance crashers, don’t break it up

The Wailing Wailers, with Bob Marley at the helm, added their voices in Simmer Down, through the nursery rhyme lyrics:

And when him de near you must beware

Emancipation Day – August 1, has always been inextricably linked to Independence Day – August 6, and has its own story as far as music is concerned. We recall the contribution of slaves, not only in their fight to free themselves from the shackles of slavery, but in the planting of the roots that eventually reaped Mento music – Jamaica’s most indigenous music form.

Mento rhythms can be traced as far back as the slave plantation system of the 18th and 19th centuries when slaves entertained themselves and their owners with crudely constructed instruments like a bamboo saxophone, bamboo flute, cow horns, drums, and a grater and fork. With the addition of the guitar, banjo, maraca and the rhumba box, such ensembles became the official supplier of music for dances and parties by the end of the 1940s. Mento became full blown by the early 1950s.

In a real sense, the slaves’ African chants and drumming, at times, were effectively used to exchange messages among themselves in ways that their white slave masters did not understand. It became an effective tool in their effort to unite, create revolt, incite unrest, put pressure on slave owners to release them and ultimately hasten the coming of emancipation on August 1, 1834.