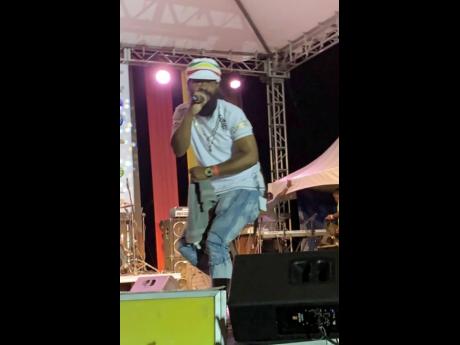 Reggae singer Joshua is claiming all that belongs to him in his latest single Fi Mi Piece. The track, produced by Positive Energy Productions, chronicles the artiste’s plight in attaining mainstream ­recognition in a career that spans three decades. Although he currently resides in Pennsylvania, United States, Joshua remains ­determined to make his mark in popular music.

“Mi a come with reality and culture, we have too much violent message inna music and we can do better than that,” he told The Gleaner. “Reggae music is a heritage thing and some artistes a mislead it with some of the vulgar stuff, so we want them to bring back the love of the music. Even though me inna the industry fi how long and nah get the exposure, me still stay motivated, cause me have some good message for the youth.”

Inspired by artistes like Capleton, Yellowman and Burro Banton, Joshua ventured into the music industry in his late teens, first entering the Jamaica Cultural Development Commission song competition in the 1980s. Performing for several years as Hamsha, the St Catherine native eventually changed his moniker to his middle name.

“My real name is Howard Joshua Guthrie, and I see myself as a messenger just like Joshua in the Bible,” he said. “The name also gives me a sense of purpose.”

Along with music, he spends time doing construction work in his family business, and this, he said, has kept him out of the spotlight throughout the years.

Despite his current residence, he hopes to build his own fan base in Jamaica.

“I plan to keep a local presence by always being here; you have to be performing in front of the Jamaican audience and mek them give you the go-ahead before you can please any other audience in the world,” he said. “I want to keep current in dancehall, and I think I’ve put enough songs together now for the world to hear what I have to say.”

His upcoming single, Streets of Glory, is slated for release this month.