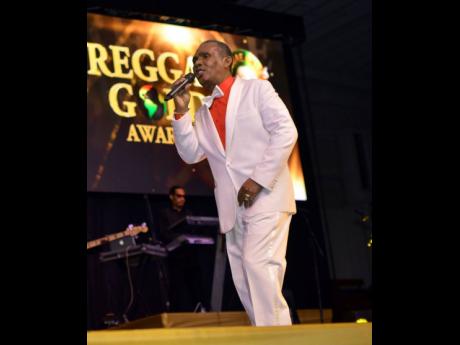 Driven to act when he determined that Jamaica’s live music spaces were dwindling away, musician and entrepreneur, David White, is planning Jamaica Live – a 12 months concert series, offering a range of performers in a myriad of genres. Naturally, reggae music will anchor the presentation, as executive producer White aims to invite the world in – by rebroadcasting the concerts of multiple platforms, including television and the ever-growing streaming community.

The goal post extends farther, as the organiser targets both the culturally sensitive traveller and music lovers across the globe.

The series will feature one concert each month, with the first kicking off on August 17 at the at the Serengeti, Hope Gardens with performances by Ken Boothe, Sugar Roy, Conrad Crystal and the Fireball Crew, Richie Spice, Esco featuring Kage (a hip-hop artiste from Atlanta, Georgia), Bonafide (from Las Vegas) and Don Dada (a multi-platinum recording artiste from South Africa). The second Jamaica Live concert is already scheduled for the third week in September, in Ocho Rios.

Music festivals were designed specifically to boost the Jamaican economy. So says Berl Francis, Jamaica Live’s director of advertising, marketing and promotions. With the series planned to culminate in a two-day festival next year, Francis may sound like she’s just doing her job, however, she speaks from experience. Francis knows about the tradition’s genesis, because she was there from the days of Reggae Sunsplash.

“You may not recall, but there was a time when the hotels would close in the summertime,” she said, during the recent launch of the new concert series.

“The Government sought solutions, to wet the summer drought. “My then employer, Peter Martin, said, let’s fill it with music. And that was how Reggae Sunsplash started.”

After the original festival had been running for a few years, a survey was done which she reports, reflected positively for the economy, “to the extent where the summer period in tourism, outstrips winter. This is the power of our music.”

Keeping that hope alive, the concert series will have the support of James Samuels, a hotelier who believes White is thinking ahead of the curve.

“This Kingston music is the only music that is listened to in every country in the world. With something like that, it is not surprising that someone like David White would see the efficacy of taking that product to the global marketplace,” he said.

After the footage is edited for rebroadcast, each concert film will be edited into two versions, one- and two-hour long, with the latter aired on pay-per-view on US cable channels, and the former on a radio network. “This gives us the capability to not only do the US market, but also to the Caribbean, European and Asain markets through streaming platforms. It’s not just a concert where you come, leave and that’s it for you. People can go back online and view the show,” White said during a recent launch event.

The edited concert programme will include featurettes about the concert’s venue, its surrounding areas, along with interviews and behind-the-scenes footage of the performers. “We’re promoting Jamaican culture. It’s not going to be focused on music alone,” he added.

All concerts will be accessible through a number of viewing distribution platforms including Comcast, Verizon, Roku, Caribbean Media Corporation and South African Broadcast Corporation, with additional platforms pending. In Jamaica, the concerts will be rebroadcast on FLOW Television Network.

Part proceedings of all shows will go to charities, including the International Competition for Entrepreneurs Foundation and the Hope Zoo.