Vintage Voices | The Beatles and ska 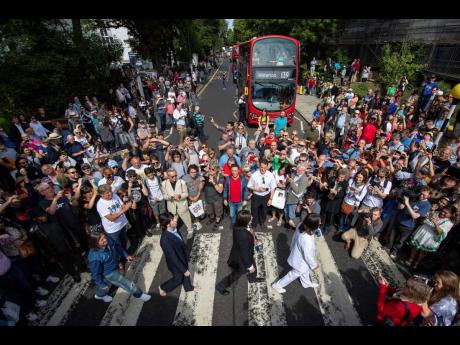 AP
Beatles lookalikes are joined by thousands of fans gathered to walk across the Abbey Road zebra crossing, on the 50th anniversary of British pop musicians The Beatles doing it for the cover of their album 'Abbey Road' in St Johns Wood in London, Thursday, Aug. 8, 2019. They aimed to cross 50 years to the minute since the 'Fab Four' were photographed for the album. 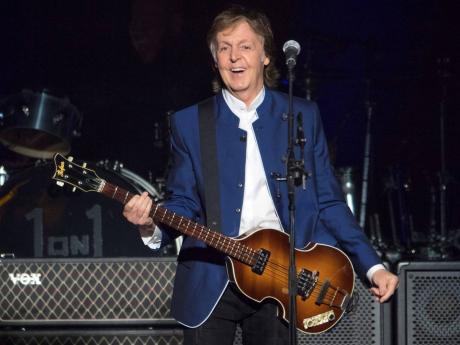 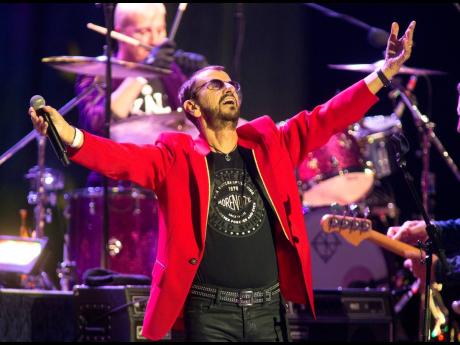 In the years following 1962, while Jamaica was still basking in the euphoria of Independence celebrations, The Beatles were kicking up a storm on the other side of the Atlantic. With 20 No.1 hits to their credit, they became the biggest sensation of the early 1960s, revolutionising the rock music industry forever. And Jamaica’s popular music at Independence, ska, was never to be left out of their influences. The Beatles drew heavily from the ska beat to create Ob-La-Di, Ob-La-Da in 1968. Riding high on the Jamaican charts, it was a happy song that enticed music lovers to sing along to the punch lines:

La-la how the life goes on.”

The group’s genesis stretches way back to 1956, when John Lennon and Paul McCartney met at a church picnic in Liverpool, England. A year later, McCartney approached Lennon with the intention of becoming the guitarist for the Quarry Men, a band that Lennon fronted. It was the beginning of a 13-year relationship that became historic. The duo became, perhaps, the most influential songwriting team in the history of popular music.

Lennon, the second-oldest member of a quartet of Beatles, born October 9, 1940, was a vocalist, rhythm guitarist, and songwriter for the group, while McCartney, the second-youngest member, born June 18, 1942, also sang, wrote songs, and played the bass guitar. Together, as founding members, they gained worldwide fame as one of the most successful songwriting teams in the history of popular music.

The youngest member, George Harrison, born February 25, 1943, joined them as vocalist/lead guitarist in 1958. Adding drummer Pete Best, the group was renamed Johnny and the Moondogs. They then went through several line-up and title changes before settling as The Beatles in 1961, with Harrison, Lennon, McCartney, and Richard Starkey, aka Ringo Starr, who replaced Pete Best as drummer. Starkey, born July 7, 1940, was the oldest member of the group.

Tours and stage performances became the order of the day for the group during 1960 as they leaned heavily towards rock-oriented music. Rock and roll, with forerunners like Chuck Berry, Little Richard, and Fats Domino, was a prime influence, and Hamburg, Germany, at the time exhibited the type of atmosphere that was conducive to what they were about. One website,The Beatles History, expanded on it: “ Having been told about the vivid night-life and the love of rock and roll in Hamburg, Germany, The Beatles, posing as students, began a series of gigs in Hamburg. They initially stayed in Hamburg until December 1, 1960. The atmosphere was filled with promiscuity, booze and pills. They would return periodically until February 1962,” the site discloses.

The gigs seemed to have augured well for their future development as in that same year, The Beatles came to public attention with Love Me Do. Recorded on September 11, 1962, it was the first of a record 20 No. 1 hits that appeared on the US charts from September 1962 to March 1970. The majority of these songs also topped the UK singles chart.

The liner notes and statistical data as contained in the album The Beatles – 20 Greatest Hits, distributed by EMI, a subsidiary of Capitol Records, lists the songs in chronological order, stating, “All 20 songs reached the No.1 position on the pop singles charts as compiled by Billboard Magazine.” There is, perhaps, no more authentic source.

Some of the other songs in the Beatles top 20 are Hey Jude, Let It Be, and The Long and Winding Road, which became the group’s final single and was released in March 1970. All songs were credited to the expert songwriting team of Lennon and McCartney. With McCartney the first to leave, The Beatles officially disbanded in April 1970. McCartney and Starkey are the surviving members of the group.