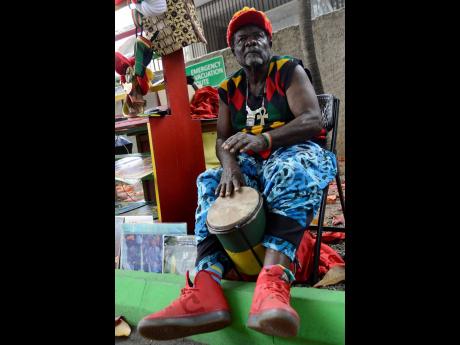 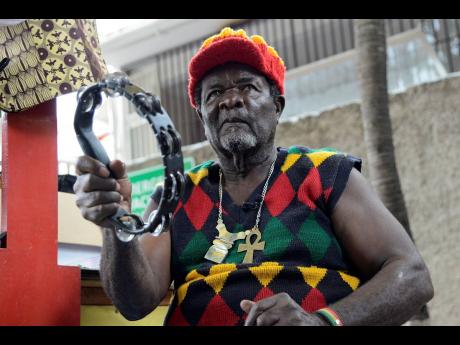 While most of his peers sought a nine-to-five job or turned to masonry skills, then 21-year-old Bongo Herman answered the call of the Nyabinghi drum, spending his days in a Trench Town yard with senior drummers, studying the heartbeat of the instrument.

It wasn’t long after that his passion and interest were observed by producer Derrick Harriott, who recruited Herman in the mid-1960s for his label, The Crystalites.

Initially playing alongside percussionists Bingy Bunny and Bongo Les, Bongo Herman, whose given name is Herman Davis, eventually branched out as a solo act and has played for the likes of Emperor Haile Selassie and Prince Charles. He has also appeared in the 1972 classic The Harder They Come and the 1978 film Rockers.

It is the drumming of Bongo Herman that you hear on the popular Hail the King rhythm, which features Gyptian’s Serious Times and Fantan Mojah’s Hail the King. His work is also woven in Richie Spice’s Earth a Run Red and Jackie Mitto’s Drum Song.

“My inspiration comes from the Almighty, and whatever I get from Him, I use it. He said singers as players on instruments shall be there in the house of God, so that is where my inspiration comes from. I believe in God and He shows me the way how to trod on this Earth, and because of that I’ve been everywhere, from Belgium, Norway, it’s only the moon I don’t go yet,” Bongo Herman told The Gleaner in a recent interview.

The percussionist and singer, whose career extends back to the early 1960s, told The Gleaner that he hopes to work with some of the younger artistes in the business someday.

“I still haven’t worked with some of the young people. I look up to Chronixx and Kabaka and those guys, so I would work with them,” he said.

Herman, 75, has played on tracks for artistes like Jimmy Cliff, Mikey Dread, The Congos and Bob Marley. His advice to young percussionists is to make music that will last.

“The boogayagga music will not last forever, which is why Bob Marley song dem last so long ‘cause dem well put together, dem well create, and you feel the human structure in the music from back in those days ‘til now. So to you up-and-coming percussionists, come and play the real music, no whole heap a throw word or anything like that. Go in the studio and record with musicians so you can understand everyone’s spirit,” Bongo Herman said.

As it relates to his legacy, Bongo Herman made a simple but profound point.

“I want my legacy to be what I practise every day of my life, my spirituality and playing good, positive music. I pray to Almighty God to give me health and strength and, right now, I’ve made 75 runs, I’m 75 not-out, and I’m still batting and no one is wishing me no speedy recovery. I’m blessed to have God give me the health and strength to carry on all when me back bend, so I can entertain people,” he said.