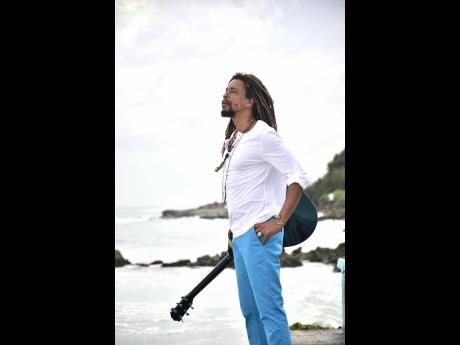 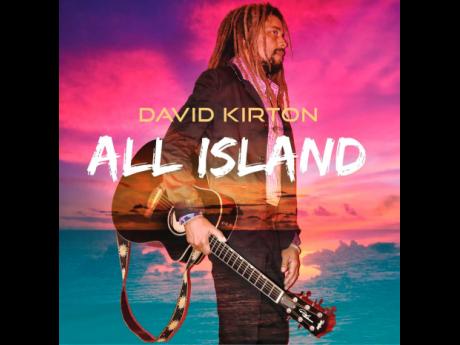 In the ‘60s, Barbadian singer and dancer Jackie Opel settled in Jamaica, where he became an integral part of the development of Jamaican music form ska. Fast-forward a few decades, and his countrymen – from Rihanna to David Kirton – are no less enamoured by the pulsating sounds coming out of Jamaica.

A singer and songwriter, Kirton says it was natural for him to do reggae as the music was always heavy on the airwaves in his native Barbados. “As soon as I started creating my own songs, that’s what came out of me,” he recalled of his passion, which sprang to life close to three decades ago. That was even before he was aware of Opel and became inspired by him. “I read that even Bob Marley had good things to say about him,” Kirton shared with The Gleaner.

It was in 1998 that Kirton released his first album, and that took him on a journey that shaped the course of his life. He got the opportunity to travel to Midem, a trade show dedicated to helping the music industry by bringing together the key players of the music ecosystem. Kirton was able to liaison with Ras Records, and soon after, he was placed on the Spirit of Unity tour featuring Maxi Priest, Third World, Steel Pulse, and Joseph Hill, better known as Culture.

During these early days, Kirton also met acclaimed Jamaican producer Mikie Bennett, of Grafton Studios in Kingston, and felt a special synergy with the island. “Jamaica is the authentic place for the authentic sound of reggae. I love the response from the Jamaican musicians,” he said. And so for his most recent project, All Island, Kirton headed to reggae island.

“It was more than coming to record. The Jamaican experience and the vibrancy of the recording process is hard to forget,” Kirton said. The singer-songwriter, whose guitar-driven reggae crossover sound has been described as a “feel-good sound”, is ecstatic about the end product, which was officially released on September 27.

“I came with some songs already written, and me and Mikie sat down and wrote some more. Mikie has a wealth of experience that is invaluable, and the Jamaica music industry is rich with history and culture. And its effects are global,” Kirton enthused.

He recalled that he was in the United States when the revolution of the American bands breaking into the reggae scene had just started, and as one of the biggest fans of the music, that had a profound effect on him.

“I thought to myself that I am from the Caribbean and I have been buying reggae records for years, and I knew that I, too, could do this,” Kirton stated.

Having done it, Kirton was rewarded when he was given the opportunity to tour with Culture as opening act. That was a big moment for the still-fresh reggae artiste, and he recalls that when he asked Culture why he had chosen him, his response was simple: he wanted to help out his fellow Caribbean brother.

“Culture said that he had been witnessing the rise of the white bands taking over reggae, and if he couldn’t share his knowledge with his Caribbean people, then he wasn’t doing anything to help the situation,” Kirton said.

He gives Culture credit for one of his biggest songs, Green Camouflage, even though the roots singer is not actually part of it. However, the song has its genesis in a green camouflage shirt that Culture bought for him.

“When he presented it to me, I told him that I couldn’t wear it because in Barbados, it was illegal. Culture said, ‘This is what reggae music is about, fighting for your rights.’ I never forgot his words, so I wrote Green Camouflage, and it became one of the biggest songs for 2007. I came to his funeral in Jamaica when he passed,” he added.

Kirton’s Mikie Bennett-produced All Island features 11 new songs, including She’s All Island, Refugee, Share a Smile, Killer on the Loose and Mary Jane. It is released on CD, digital formats, and also on vinyl, making it the first vinyl album to be released by a single artiste from Barbados in 20 years.

Bennett is quoted as saying: “I am proud to have been able to musically capture some of this passion. As I watched the Jamaican musicians react to the tracks, I knew we were on to something really special. They all brought their ‘A’ game.”

Kirton has just completed an album release promotional tour of the UK, and he revealed that “the BBC is playing it and loving it”. The launch was actually held at the BBC Club, situated at their headquarters in London.