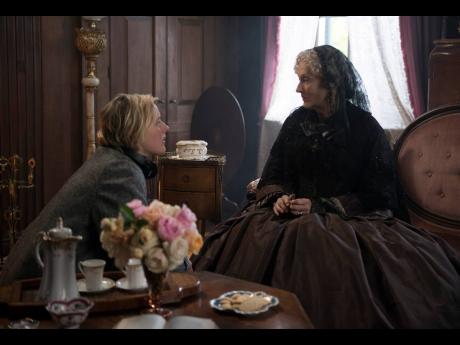 I can’t help but feel a disconnect from period pieces. Everything about them is as foreign to me as the lands of Mordor. The way they speak, the way they move, even the way they dress bountifully in ruffled garments. All of this amounts to a film experience that couldn’t be less appealing to me. That is, unless it’s directed by Greta Gerwig, who is a master film-maker.

Lo! It is no surprise then that Little Women is sublime. Superb. One that can’t be tarnished by even the worst viewing experience. In my cinema, there were attendants walking up and down the aisles, using their flashlights, and calling out for their companions as if they were spectators at a football game. The projection of the film was such that the outer edges of the frame were cut off, like someone decided the film was best viewed zoomed in.

For a lesser film, these problems would be enough to derail the viewing experience completely, but not Little Women. An incredible feat, considering the complexity of the story. Gerwig has to serve the stories of four sisters – each with their own individualities –both from the perspectives of their wide-eyed youth, and the maturity that comes with age. It’s non-linear narrative provides a context for the films is most touching moments, and results in severe emotional impact.

There are subtle clues to let you know when in the women’s lives that the story is taking place. The lighting is warm and inviting when depicting their youth, yet arid for their older scenes. More than that, the performances are immeasurably helpful. The actresses effectively are each playing two roles, and are instantly recognisable as being jaded in one scene, and fun-loving in the next. It captures that human experience of growing up all too well. It’s a coming-of-age classic that is relatable despite taking place over a hundred years ago.

Little Women has no distinct plot. Rather, what it does is give you an insight into the lives and times of four women living in a time where having an identity was considered a renegade endeavour. Their perspectives vary, and that goes a long way in making the film feel balanced. It has romantic notions of love, but embraces the severe impracticality of it. Definitely one of the best of 2019.