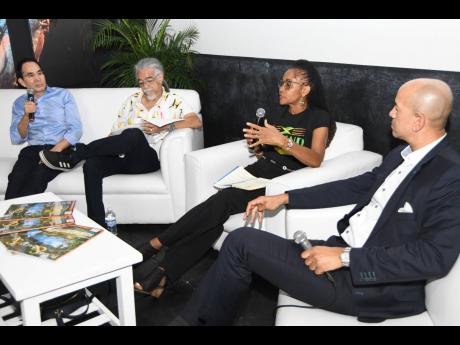 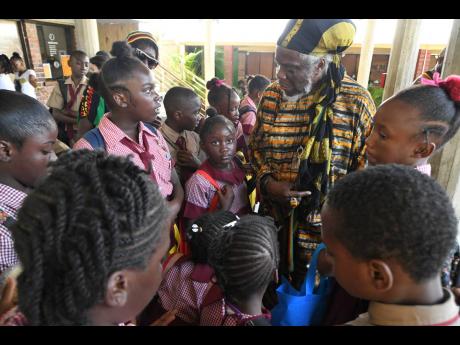 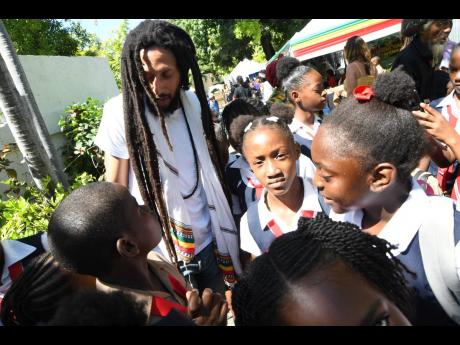 As the world celebrated the 75th birthday of one of the world’s greatest musicians last Thursday, attendees at a public symposium were given some sound business advice as panellists analysed Bob Marley’s rise to fame and the structures he put in place to secure his empire. Under the theme ‘The Business of Bob Marley’, guests were given insight into the late icon’s vision and how he turned those dreams into reality.

Veteran music producer Tommy Cowan described Marley as a man of purpose. Recalling a conversation he had with the late icon back in 1980, Cowan urged the audience, especially persons in the entertainment industry, to find their purpose. He explained that when it comes on to one’s legacy, purpose is what will create the vision and fuel the mission.

“He (Marley) said, ‘The man who breed my mother is a white man, so I know why I’m here’, and I tell you that it took me years after to understand what he was saying. The two most important days in one’s life is the day you were born and the day when you know why you were born, and I tell you one of the most exciting things you can ever do is to be among a person and share time with a person who knows why they are here,” he said.

“I believe Bob knew why he was here. He knew his assignment and eventually he would have created a vision, which is the strongest thing that can come out of a human being. Someone was saying to me today, ‘Bwoy, I wish Bob Marley was here today to see his empire’, and I said to that person, ‘No, he saw his empire long ago. You’re just seeing it now’.”

In addition to a clear vision, astute businessman and former artiste manager Zachary Harding said that talents need to have a viable product in order to make it in the music business. Using Marley as reference, Harding explained that although he had a clear vision and immense talent, it was Marley the ‘product’ coupled with an intense marketing thrust that made him successful. “If we’re talking about the business of Bob Marley, we cannot go around the fact that there was this product that generated interest and income and we have to assess the elements that have gone into creating that business,” he said.

“The product is really twofold in my mind. One is the music – the songs he wrote, the music he recorded. But then secondly, it was the actual persona of Bob Marley himself. One of the things that Bob did better, or that was done better for him, was that he created a mega-brand, and all of the things that went into creating that brand have been critical in the monetisation of the business of Bob Marley. People were drawn in by how he lived, how he carried himself. It was in the interviews that he did which were iconic in and of itself. All of that, in my opinion, has been the underpinning of the creation of that brand of Bob Marley.”

Adding to the discussion, businessman Kevin O’Brien Chang spoke to the importance of implementing a team. Particular emphasis was put on Rita Marley’s contribution to her late husband’s dream. O’Brien Chang said that although Marley’s talent was unquestionable, his widow played a vital role in securing his legacy after his passing.

“You need someone with the passion and the drive to keep the dream alive and that’s who Rita Marley was,” he said. “Behind every great man is a good woman, and you could see that he was a great singer, but maybe if he didn’t have someone like that, he wouldn’t have reached the stratosphere.”

Speaking to the other members of Marley’s A team, Cowan agreed that had it not been for the group of persons pushing the Marley brand while he was busy being an artiste, the dream, perhaps, would not have transformed into a legacy that continues to transcend time.

“I believe God always gives vision to one man, but that vision is so big, it takes a team to carry it out. Bob Marley was not a banker, he was not a university student, he was not an accountant, so what it was that made him different was his team. Of course, it would not have happened without his talent but the thing about that is that if you have that talent, but you don’t stir up that talent it goes nowhere, and it’s the team who stirs up that talent,” he said.

“Bob kind of handpicked people who believed in his vision and who would pass it on, and look at his empire today. Bob operated almost like a king. He had that kind of a philosophy. He was the lion who passed things on to his cubs who were always staying close by to watch the lion’s skill so they knew how to do it. You have to include in that empire his wife and his children, and look at what they’re doing today.”