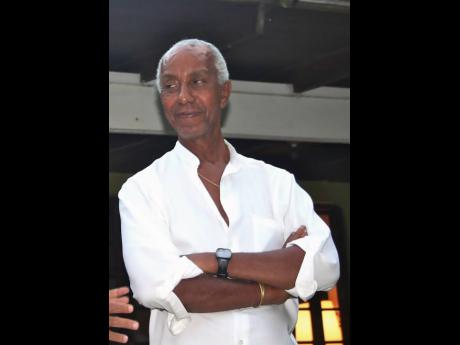 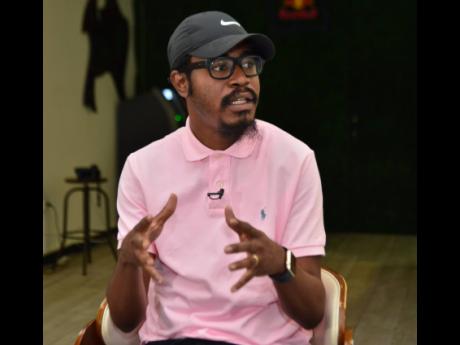 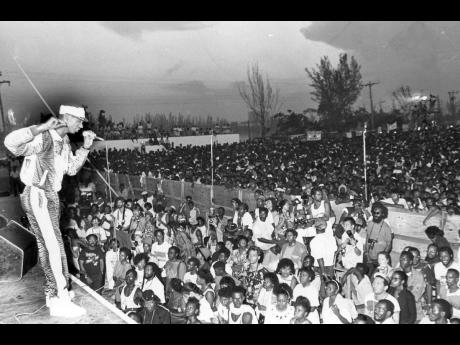 allen
Crooner Sanchez belts out a hit in front of a large Reggae Sunsplash crowd at the Bob Marley Centre in Montego Bay, St James, in August 1989. 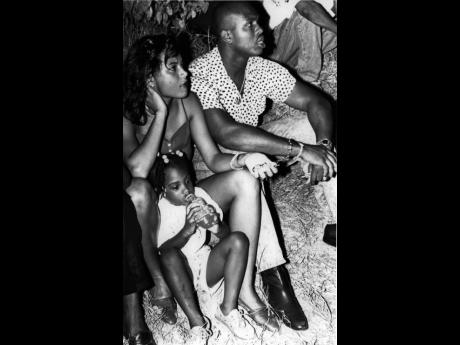 Rudolph Brown
Boxer Donovan ‘Razor’ Ruddock and his family were among the patrons at Vintage Night of Reggae Sunsplash at Jamworld in Portmore. Here they are seated on the ground watching the show. 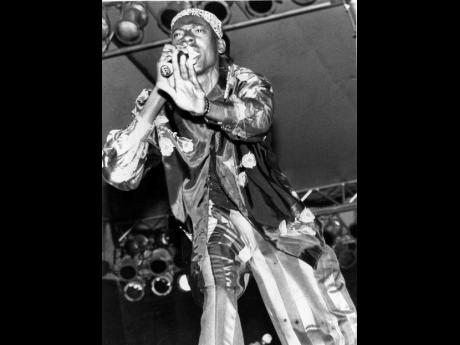 Gleaner Photo
Buju Banton in a pleading pose during his performance on Singers’ Night (Friday, August 6, 1999) at Reggae Sunsplash at Jamworld in Portmore.
1
2
3
4
5

‘The more, the merrier’. That is the word from industry insiders, as Reggae Sunsplash gets ready to return this November after a 14-year absence.

They are, however, warning that, with limited resources, sponsors and a common pool of artistes to pull from, organisers will have to be more strategic and different in their approach, if they are to win the confidence of patrons locally and from overseas.

Cultural commentator Clyde McKenzie said: “Once you have festivals that are distinctive, you can have as many of them as possible. But if Sunsplash is going to return and it’s going to be an imitation of Sumfest, it doesn’t make sense. It would have to come now with something different, that really stands out, that makes people say, ‘I want to go to Sumfest, I want to go to Rebel Salute, I want to go to Sunsplash’.”

McKenzie noted, too, that how these festivals are marketed will also play a vital role.

“There is also the question of how they are marketing to overseas patrons, because that will make a difference. If you get a lot of overseas patrons, then we can have as many of these festivals as possible, because you’re not really going to be relying too heavily on local patronage,” he said.

“I think we need to develop the situation to the point where we have everything going. I mean, everytime I go to Camp (a music festival) in the south of France, I’m always amazed. It’s a small place, but every week they have a major festival. We can have a major festival in Jamaica, if not every week, it may be every month or every two weeks. I mean, those things can do wonders for the economy, but they must be distinctive.”

“We have scope for much more than two festivals here in Jamaica. I would welcome some additional festivals, not just Sumfest and Sunsplash.”

Said Russell: “The more festivals you have, the more tourism you create, the more awareness through the music, and the more artistes that you can give exposure to and give an opportunity to earn a living out of the music. So I welcome them with open arms ... we don’t see them as competition.”

But whether or not these additional festivals are seen as competition, all will be vying for sponsorship dollars, which is vital to the success of any major event.

Ronnie Burke, one of two remaining Reggae Sunsplash founders still alive, admits that a lack of monetary sponsorships and government support played a major role in the demise of the original Sunsplash festival.

“The first year (staged at Jarrett Park, Montego Bay, in June 1978) was near disaster… . It was a brave attempt, but disastrous. We started out with little or no support,” said Burke, recalling a particular ‘sponsorship package’ from Desnoes and Geddes.

“I wouldn’t even call it a sponsorship... a donation of some products. I mean, they just came and dumped some product on the ground and drove out,” Burke recalled.

He told eProbe of a standing joke: “They delivered about 40 cases of beer and we didn’t even have any storage, they were left right there on the field. So we hired about three guys to watch it overnight and when we came back the next morning, the man dem pass out and the beers drink off.”

Added Burke: “In spite of our de facto partnership with the Government, they didn’t put up any money or give us any guarantees. All the time we did Sunsplash, the Government gave us – through the tourist board – $50,000 in kind! They would pay for the refreshments for the press conference in the hotel room and they would put some money towards feeding the police (an expense he says was also imposed on the organisers) … . We were forced to help with accomodation and feeding. The hotels were not supportive at all. We also had a big problem trying to accomodate our staff and artistes … and the biggest rent-a-car agency on the island grounded their entire fleet because they didn’t want our type of people driving their cars. That’s how bad the resistance was at first.

“But thank God, we had some personal friends in Montego Bay who, I have to say, without their support I don’t think we could have pulled this thing off.”

Fast-forward to 2020 and Tyrone Wilson, executive producer for the new-look Reggae Sunsplash Festival, says it’s 14 years later and a lot has changed.

“Everybody now moving into music, events and festivals and our reggae music is at an all-time high with the current, young breakthrough generation – Koffee the other day, winning a Grammy Award – it’s big for the music,” said Wilson.

He continued: “So when you look at our interest as a business, it’s just really creativity. From ever since, when I started in my ventures, it’s been about creativity, and we see Reggae Sunsplash as a big platform to showcase our creativity in its music form, but to also capture that in different ways, and we feel like that avenue will help to credit our expertise on a global scale.”

Wilson, who disclosed for the first time that the festival would be backed by a major international title sponsor (though declining to name the investor), might be making moves in the right direction.

“Advertisers have a limited amount of spend in terms of what they can invest in these ventures, and some of these festivals might have to start looking outside of Jamaica for some of their sponsorships,” McKenzie said.

However, when contacted, major corporate sponsor, Red Stripe, in an emailed response, said: “An increase in the number of shows and events may not necessarily create a dilemma for marketers, since not all events will be fit for your purpose. However, more good events mean more options for patrons, which is great for the entertainment industry.”

Red Stripe also noted that “sponsorship is determined by a number of factors, including whether the event aligns with your brand purpose, ethos and what you want to achieve. Budget is also a major consideration. So despite sponsoring several events each year, even if an event aligns with your goal, sometimes the budget dictates that you say ‘no’.”

Red Stripe said it believed that it’s always good to have options.

“For marketers, the challenge is finding those events and activations that allow you to connect with consumers in a meaningful way at a price point that delivers a solid return on investment. If major events happen within months of each other, it may affect their ability to secure sponsorship since promoters and event organisers are all knocking on the same doors, and budgets are finite.”

Wilson is also aware of other factors that could impact the success of the festival’s return, admitting that even the date “was strategic, because it’s almost the beginning of the winter tourist season”.

Tourism Minister Edmund Bartlett said that, over the last three months of the season, which commenced on December 15, the industry welcomed nearly 800,000 stopover visitors while generating more than $1 billion in earnings, describing the period as “the greatest and most productive tourism winter season that Jamaica has ever seen in its history”.