Story of how a real Rastaman never gives up 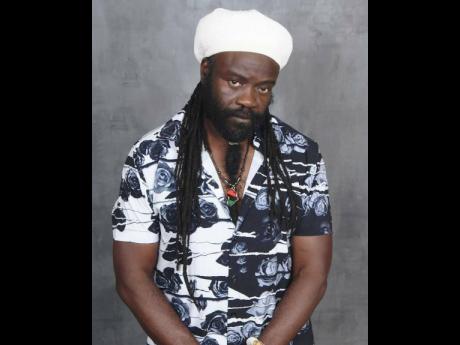 Journeyman Mikal Asher, like his older brother, Denroy Morgan, patriarch of the Morgan Heritage clan, waves the flag high for the “ancient order of righteousness” and to bring his convictions to life ‘The Binghiman’ has encapsulated them in 13 tracks which will appear on his album titled Unchained.

“It is a message about my journey,” the singer told The Gleaner of the set which will be released on September 21.

Asher’s personal musical journey, in a sense, has been the road less travelled. He ditched ‘Babylon’ more than two decades ago and found a new home in Ghana, where he established himself as the man with one of the best PA sound reinforcement systems in West Africa. In 1997, he registered Jahmikal Entertainment, working with all the major Jamaican acts who passed through Ghana, including Rita Marley, Culture, Steel Pulse and Buju Banton.

Between 1999 and 2001, Asher completed the albums Binghiman and Armageddon, and devoted himself to the promulgation of reggae and dancehall music in Ghana and the Ivory Coast. The Binghiman album was produced by Sly and Robbie, Morgan Heritage, Gary Davis and Ronald Butler, and with the success of the single Original Binghi, Asher became known as The Binghiman. He subsequently toured Ghana, and was invited to perform at reggae singer Alpha Blondy’s Fiesta, on the Ivory Coast, and secured a production deal with Alpha Blondy Records.

However, when the 9/11 disaster hit in 2001, Asher was forced to take a hiatus and subsequently dipped his fingers into all things musical, except for any personal Mikal Asher-related projects.

“I was in Africa when 9/11 happened, and I saw it on TV and thought it was a movie,” he recalled. “I went back to America to check on family, got in trouble with the law and they brought up some old charges, and I spent some time in Federal prison. Then after I got out, I decided to spend some time with my children, who I had not seen for those years,” he told The Gleaner.

Asher, who in another life was known as Michael C. Morgan, is also a commercial pilot, whose passion and zeal for the Twelve Tribe of Israel’s ‘Back to Africa’ mantra led him to register at the University of Massachusetts and at Daniel Webster College, where he earned a Bachelor of Science degree in aviation and a commercial pilot licence.

“It was all about Rastafari and the goal of Africa. I hear about going back to Africa and that we going to need pilots and lawyers. They said that we’ll be buying a plane. I was young and zealous, and I wanted to fly the plane to take black people back to Africa. So, I went to college and got my commercial pilot’s licence. To my disappointment, Twelve Tribes wasn’t ready, so I worked with the airline for a year and left,” Asher explained.

He is happy, however, that despite the disappointments, life has come full circle. “My whole vision of being a pilot and going to Africa was actually fulfilled. I have a son who was born in Africa and who is now studying aviation at the University of St Louis,” the father of 11 beamed.

His focus currently is the new album Unchained and the lead single, Binghiman, which was released this week. “From the time I man take a break in 2001 to 2020, I have been working on this album. When I went to Ghana in 2018 with Morgan Heritage, I recorded two songs there but didn’t release them. They are now on Unchained,” he explained.

Denroy Morgan is ecstatic about his sibling’s album and couldn’t help giving it a plug. “I feel very good about this project, Unchained, from my brother, Mikey Asher, Brother Michael as we call him. This project is now approved because I get a chance to hear it, I get a chance to digest his lyrics and see where he is coming from. The production is very good. Check it out. Jah! Rastafari!” he said while sitting in his garden in St Thomas.

Unchained, Asher says, “is the story of how a real Rastaman never gives up”.