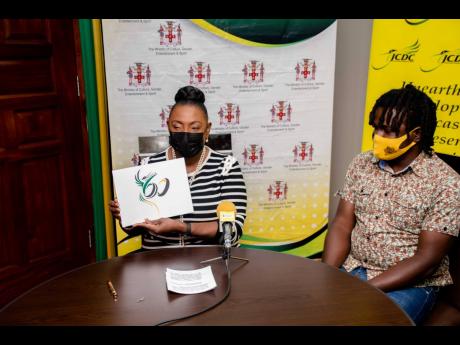 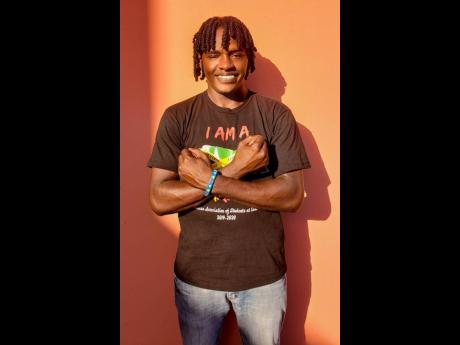 When your real name sounds like a diminutive of your real name, the obvious questions can become a bit tiresome at times. But Bobby Smith tries his best to take it all in his stride, and, truth be told, the winner of the Jamaica 60 logo competition is more comfortable with his pet name-sounding tag than what his mother had originally called him.

“I lived with my mother for a while and then went to live with my father, who didn’t like the name she called me – Fiansay. So he called me ‘Bobby’, and that became my real name. People are always asking me if my name is Robert, and even when I submitted my entry for the competition, that was one of the questions I was asked when I got a call to say that my entry was being short-listed,” Smith shared with The Gleaner.

Still pinching himself at his entry being selected as the official logo for the nation as it celebrates 60 years of independence in 2022, Smith proudly displays it as his WhatsApp profile picture – the original entry which is authenticated with the signatures of the minister of culture, gender, entertainment and sport, Olivia Grange, along with that of officials Lenford Salmon, Marjorie Leyden-Kirton and Denzil Thorpe.

Smith, a self-taught graphic artist, graduated from The University of the West Indies Mona campus with a double major in psychology and philosophy and is now at the Cave Hill campus pursuing a masters in marketing. He credits his friend, Jurdene Fraser, who sat with him on a committee while attending school at the Mona campus, as the one who started the journey to his win by sending him the entry for the competition last year.

“At the time, I was submerged in academics and also in extracurricular [activities], as I was the publications committee chairperson and doing a lot of graphics work. But, when I got a chance, I looked at the call for entries and realised that the deadline was near. So, I did some research and realised that the hummingbird was popular in these logos. I decided to keep the bird, but to sync it in the logo itself. I wanted to depict freedom with my design. I sent drafts to my committee members and they chose one, which I tweaked into the final submission. They were confident that it would win,” he recalled.

According to the secretariat, “The Jamaica 60 logo features a stylised hummingbird in mid-flight that forms the number 60. The black, green and gold colours of the hummingbird symbolise the Jamaican flag. The logo also features the word ‘Jamaica’ in capital letters.”

Smith received a number of calls from the secretariat in the following months, not only wanting to verify his name, but also pertaining to the originality of his submission and if it was his work.

“The final call to inform me that I had won came on June 16, and honestly, I thought it was a prank. I was working on some graphics for a school, and when the caller said I had won the logo competition, I asked, ‘What competition?’ My head just wasn’t there. The person had to ask me if I was Bobby Smith and if I had entered the Jamaica 60 competition. Then I said, ‘Yes, yes, yes.’ I was told that the committee voted unanimously for my logo. I remember asking, ‘Yuh sure?’ But when it sink in, it was glorious,” the young man, who hails from Central Village, said.

His friends from campus led the way in celebrating his win, and his parents and siblings, too, are immensely proud of him. In fact, it was his sister who he had to call during the interview to remind him of the exact date that he got that life-changing call from the secretariat.

Currently in the first semester of his two-year master’s programme, the prize of US$2,500 came at the perfect time to assist him with funding his postgraduate studies in Barbados.

“This is the first graphics competition I have ever entered, and it’s still unbelievable that I won. I thank all those who assisted the process, and the judges for selecting my entry. The prize money is the icing on the cake, and I can’t touch it for anything but school,” he emphasised.

The Ministry of Culture noted that the competition, which was open to Jamaican designers on the island and across the world, saw more than 260 designs. Smith’s entry was selected by a panel drawn from the creative sectors, including graphic design and advertising.