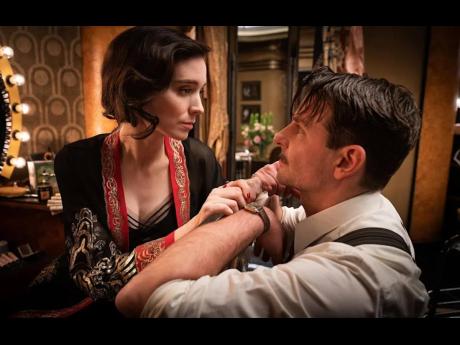 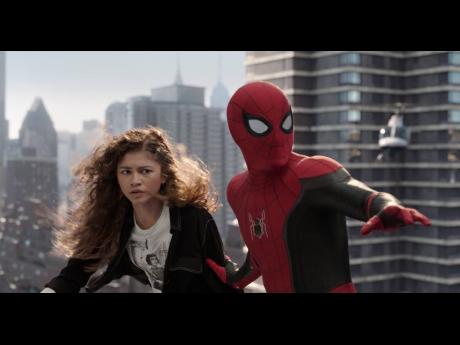 Contributed
Tom Holland and Zendaya in ‘Spider-Man: No Way Home’. 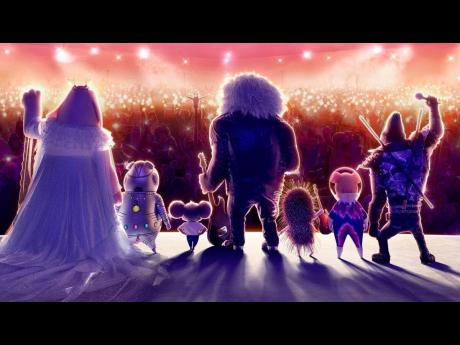 Contributed
Buster Moon and his all-star cast of performers prepare to launch their most dazzling stage extravaganza yet in ‘Sing 2’. 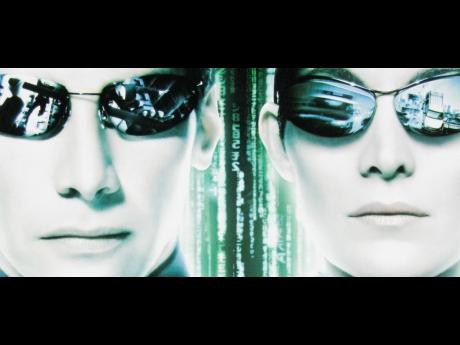 Contributed
Keanu Reeves and Carrie-Anne Moss reprise their iconic roles as Trinity and Neo in ‘The Matrix Resurrections’. 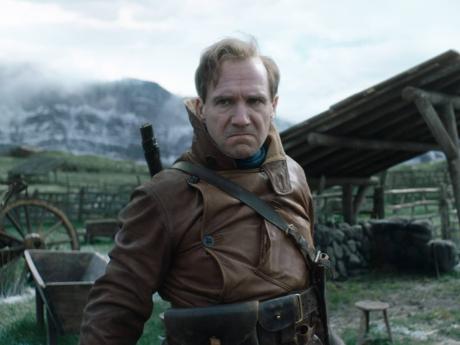 If you displease the right people, the world closes in on you very very fast

The movie is based on the novel Nightmare Alley by William Lindsay Gresham.

When charismatic but down-on-his-luck Stanton Carlisle (Bradley Cooper) endears himself to clairvoyant Zeena (Toni Collette) and her has-been mentalist husband Pete (David Strathairn) at a travelling carnival, he crafts a golden ticket to success, using this newly acquired knowledge to grift the wealthy elite of 1940s New York society. With the virtuous Molly (Rooney Mara) loyally by his side, Stanton plots to con a dangerous tycoon (Richard Jenkins) with the aid of a mysterious psychiatrist (Cate Blanchett) who might be his most formidable opponent yet.

Situation spiralling out of control

For the first time in the cinematic history of Spider-Man, our friendly neighbourhood hero’s identity is revealed, bringing his superhero responsibilities into conflict with his normal life and putting those he cares about most at risk.

Based on the Marvel Comic Book by Stan Lee and Steve Ditko.

How it all began … this is going to be fun

Discover the origins of the very first independent intelligence agency in The King’s Man. The comic book The Secret Service by Mark Millar and Dave Gibbons.

Where will your dreams take you?

Buster (Oscar winner Matthew McConaughey) has turned the New Moon Theater into a local hit, but Buster has his eyes on a bigger prize: Debuting a new show at the Crystal Tower Theater in glamorous Redshore City.

This is the moment to show us what is real

Return to a world of two realities: one, everyday life; the other, what lies behind it. To find out if his reality is a construct, to truly know himself, Mr Anderson will have to choose to follow the white rabbit once more.

Lana Wachowski directs from a screenplay by Wachowski, David Mitchell and Aleksander Hemon, based on characters created by the Wachowskis.

It’s always someone you know

Twenty-five years after a streak of brutal murders shocked the quiet town of Woodsboro, a new killer has donned the Ghostface mask and begins targeting a group of teenagers to resurrect secrets from the town’s deadly past.

Based on characters created by Kevin Williamson.

The biggest mission in hiroaka’s history

A mysterious organisation known as Humarise threatens to wipe out all superhuman powers by releasing toxic Trigger Bombs all around the world.

My Hero Academia: World Heroes’ Mission is the third instalment of the original release in 2018 and the second in 2019, both of which earned record box office intake in Japan and gained international acclaim in North, South and Central America, Europe and Asia. The film is based on My Hero Academia, commonly know in Japan as ‘hiroaka’, a highly successful Japanese superhero comic series written and illustrated by KōheiHorikoshi.

As restrictions change, we adjust our showtimes so as to be able to remain open while adhering to the current curfews.

Once inside our cinemas, masks are mandatory.

Thanks again, and PLEASE remember to observe all government protocols so that we all can survive this devastating period.

Schedules are subject to change. For details on your cinema of choice, half-off specials and any other tidbits, check us out in this space, on social media (FB, IG Twitter – insert symbols)@palacemovies or at www.palaceamusement.com