A practical application to brilliance – The Erna Brodber story 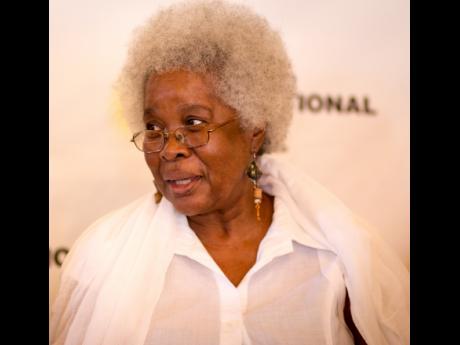 Erna Brodber was a literary giant, who used her brilliance with the pen to fight for the downtrodden.

Her many titles are a testament to the brilliance of the St Mary native, who grew up in the farming community of Woodside.

The history of the black man, for a long time, has been largely oral and it has caused much of that history to be lost, or replaced by, for a want of a better phrase, revisionist histories.

Brodber helped to change that trajectory in many instances with her literary work, which she used to transpose Jamaican oral culture, oral literature, and oral history into the more robust pages of a book.

Those pieces of literature have withstood time and memory, thus preserving ancestral truths and past realities for future generations.

Her educational journey began with a B.A. from the University College of the West Indies, followed by an MSc and PhD, after which she received a pre doctoral fellowship in psychiatric anthropology.

She subsequently worked as a civil servant, teacher, sociology lecturer, and researcher at the Institute for Social and Economic Research at the University of the West Indies (UWI), Mona, Jamaica.

During Brodber's time working at the Institute for Social and Economic Research, she collected several oral histories of the elderly in rural Jamaica, which inspired her novel, ‘Louisiana’, written in 1994 which went on to gain international recognition.

As an academic, her research and writing focused on community ties, gender and Jamaican children. She had spent significant time investigating child abandonment, especially in connection to parental migration and the role this plays in the developing psyche of the child.

‘Abandonment of Children in Jamaica’ (1974), ‘Yards in the City of Kingston’ (1975), ‘Perceptions of Caribbean Women: Towards a Documentation of Stereotypes’ (1982) and ‘Rural-Urban Migration and the Jamaican Child’ (1986) are just some of her more well-known studies.

With the excellent work came numerous awards, including the Commonwealth Writers Prize (1989), the Order of Distinction (Commander Class), the Musgrave Gold Medal for Literature and Orature (1999), a Prince Claus Award (2006), and the Windham Campbell Prize (2017). She was also recognised with an honorary Doctor of Letters from The UWI, Mona in 2011.