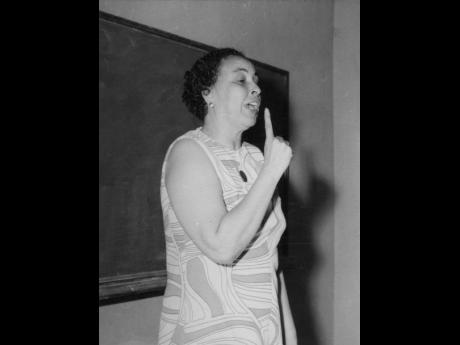 Music and dance have played a major role in the culture of Jamaica. So much so, that the art forms have gained tremendous exposure worldwide with pioneering musical artistes such as Bob Marley and the Wailers and iconic dancers such as Ivy Baxter.

Born in Spanish Town in the early 1920s, Baxter would go on to revolutionise creative dance in Jamaica and the wider Caribbean.

While dancehall culture is the most popular of the various forms of Jamaican dance, it was early folk rhythms and movement which the Wolmerian used as catalyst for the evolution of Jamaican dance.

Baxter started the 'barefoot movement' in the pre-independence era of the 1950s, becoming the first Jamaican choreographer to explore the island’s diverse African folk forms and to blend them with modern expressionist dance.

She created her own dance vocabulary, which was taught at her school, the Ivy Baxter Creative Dance Group, founded in 1950.

Her book ‘The Arts of an Island (1970)’ was among the first written accounts of Jamaican dance forms.