From St Ann to the top of the World 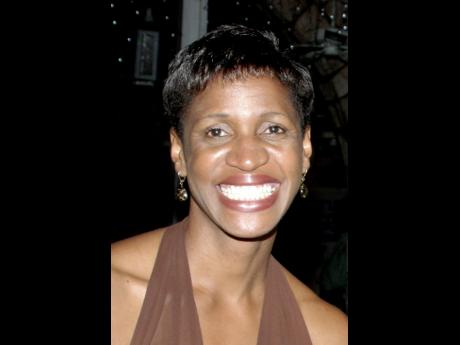 The legendary Deon Hemmings McCatty was born on the 9th of October in 1968, in the parish of St Ann, Jamaica. A former 400 metre hurdler, she is best known for being the first Jamaican and the first woman from the English-speaking Caribbean to win an Olympic Gold Medal, achieving the feat at the 1996 Olympics, in Atlanta.

Not only was this victory the first from the spikes of a Jamaican woman, it also came with an Olympic record that lasted almost a decade, when it was broken in 2004.

It is interesting that Hemmings-McCatty helped stamp the class of a nation on the athletics world, since she hailed from a parish notorious for being a tourist attraction.

Deon attended York Castle High School in the parish, and began pursuing her sporting goals, but was never a standout while at that school.

It was only when she switched schools to attend the centrally located Vere Technical, when she began to show real potential. Vere Technical, during the 1970s, ‘80s and even through the early ‘90s, was the most dominant track and field school, winning a record 14 consecutive Girls’ Championships between 1979 and 1993.

Although her talent was being developed, Hemmings struggled to make an impression in an environment filled with promising athletes.

Her road to college was not going to be an easy one. And she first had to go the route of joining a track club, not a very popular route in the late ‘80s.

After honing her skills at a track club for a year, Hemmings still wasn’t on the minds of overseas colleges. Fortunately, her coach and godfather earned her a spot as part of a deal that saw her grouped with other top athletes.

Hemmings was now a student of Central State University in Ohio.

“It was a package deal,” she noted. “I went to the track club (after finishing high school) where my godfather took me in and realised my potential.”

While there, she continued to work on her craft to get to the level of one of her idols, Merlene Ottey, who also went to Vere Technical.

Within a few years, Hemmings was on the same team as Ottey, both heading to the 1992 Olympic Games in Barcelona.

In the 400m hurdles semifinal, Hemmings came within 0.02 of the Jamaican record with 54.70. She went on to finish seventh in the final in 55.58, which simply provided further motivation for the then 23-year-old.

Seven months later, Hemmings picked up her first global title after running the first leg on Jamaica’s victorious 4x400m team at the 1993 World Indoor Championships in Toronto. Two years after, Hemmings earned her first individual podium place, finishing third in the 400m hurdles at the 1995 IAAF World Championships in Gothenburg. One year later in Atlanta, Hemmings turned the tables on arch rival Kim Batten with an Olympic record of 52.82 to secure Jamaica’s only gold medal at those Games.

Hemmings retired in 2003 and takes pride in coaching young athletes in Jamaica. Additionally, she has an inherent skill for motivation and so is regularly called on to give speeches. She also hosts a couple of track and field meets in Jamaica and has been an official on several Jamaican delegations to international competitions.

Hemmings was also part of the IAAF Athletes' Commission, the IAAF Women's Committee and was also a member of the Jamaica Athletic Administrative Association (JAAA).

Although she is impressed with how many young girls are now getting involved in the sport competitively, Hemmings would like to see more women in administration.

She feels women are still not recognised as good administrators but knows that once she and other women continue to show their worth, more opportunities will come.