Dog Paw had lost power before his death 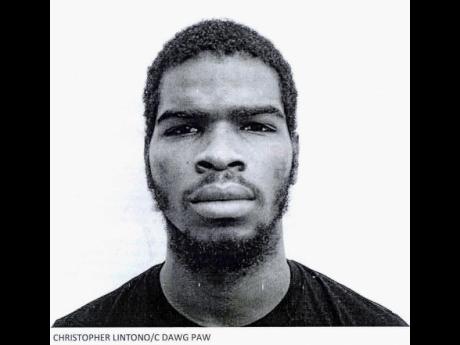 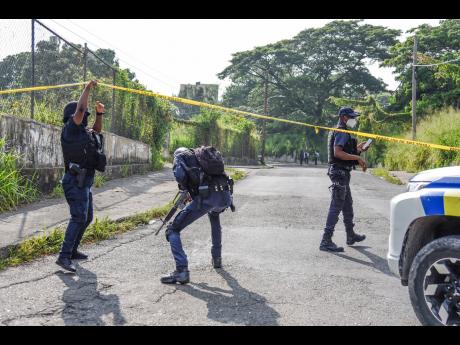 Police at the scene of Dog Paw's killing.
1
2

While in prison, Dog Paw had lost some amount of loyalty and respect from community members. Others who had been present started to dominate the space. Undoubtedly, this caused some amount of tension. The killing of those close to him left him even more exposed and so lawmen thought it was just a matter of time before he was killed.

MONTHS BEFORE he was cut down in an alleged firefight with the police on Monday, the days appeared to be numbered for reputed gangster Christopher Linton as the noose tightened around his inner circle of cronies who sought to resurrect his reign of notoriety and bloodlust.

One of Linton’s loyalists, Romaine ‘Diddy’ Richards, described as his “right hand”, was shot and killed in Kintyre by rival gangsters on Tuesday, August 10, and was buried on the weekend.

It was a signal of the beginning of the end for the once-feared crime lord, alias ‘Dog Paw’, whose clenched fist and angry threats had long lost the power of persuasion in a spiralling war for turf, authority, and respect.

As news of Linton’s demise filtered throughout communities not far from the Elletson Flats death scene, celebratory shots rang out, prompting the security forces to increase their presence in the area.

His slaying has been met with relief and unbelief. As residents and passers-by stopped nearby the cordoned site of the shoot-out, they pondered whether the man viewed as villain by enemies and defender by allies was indeed dead.

Contrary to the bravado that had fuelled his myth, Linton’s end was swift and inglorious.

The police reported that shortly before 2 p.m., lawmen, acting on information, intercepted a vehicle in which armed men were believed to be travelling.

When signalled to stop, Linton allegedly exited the vehicle and opened gunfire. The gunfire was returned and he was shot, the police said.

A woman who was said to be driving the vehicle was taken into custody.

A former schoolmate of Linton who spoke to

‘After he went to prison, things began to fade, because is not everybody did up with him. He had his share of opposers.’

The Gleaner on condition of anonymity said that he had paraded the moniker ‘Dog Paw’ from they were in seventh grade, and had a history of violence and gang running.

“He passed for Jamaica College and immediately he was hugely famous among the school population from running a gang among his peers. He didn’t stay long at JC,” said Linton’s schoolmate.

After his teenage incubation in violence, Linton later filled the vacuum left by incarcerated gangster Joel Andem, who is serving a 20-year sentence for firearm and shooting convictions.

Andem’s fall led to the rise of Linton, who emerged as a force in the underworld, unleashing violence on the eastern St Andrew neighbourhoods of Land Lease, Mud Town, Kintyre, Papine, and August Town.

However, Linton’s grip began to loosen when he and Micah Allen were found guilty of gun charges in 2013. They were each sentenced to 15 years in prison for illegal possession of firearm and 15 years for shooting with intent.

In April this year, they were freed by the Court of Appeal.

Linton and Allen were accused of shooting at two policemen travelling in a service vehicle along Tavern Drive, St Andrew, in April 2010.

But even after Linton was driven from the Horizon Remand Adult Correctional Centre mid-April, selfassuredly saying, “Freedom is a must”, he returned to a radically different world in which his influence had been denuded by other criminal actors who had seized power.

“After he went to prison, things began to fade, because is not everybody did up with him. He had his share of opposers,” a resident told The Gleaner on Monday.

On June 26, Linton was reportedly among four people who were shot and injured by unknown assailants in the Cane River area of Bull Bay in the parish.

Linton, who was shot in the upper body, had claimed that he had been shot in Tavern, but the police did not believe his account.

On Monday, head of the crime and security portfolio in the Jamaica Constabulary Force, Deputy Commissioner of Police Fitz Bailey, said that Linton had been implicated in several murders and shootings since his release from prison.