Olint, Cash Plus and the dangers of greed 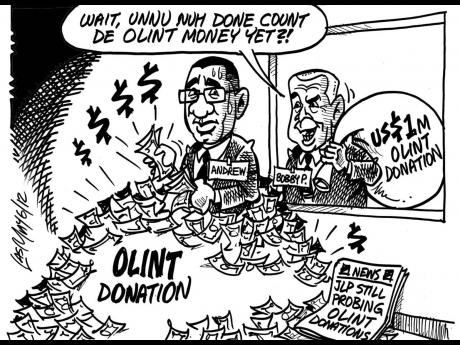 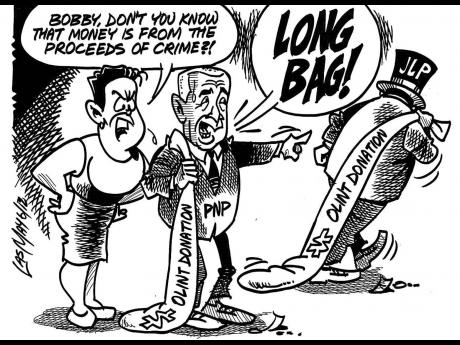 Most of you may recall Olint, Cash Plus, World Wise, May Daisy and other such 'institutions' and the excitement and fervour that they generated in the middle of the last decade.

They were hailed as the saviour of the 'likkle' man, and anyone who dared to talk bad about them were considered oppressors of the said 'likkle' man who didn't want them to 'mek some money' and to 'progress'.

"Standing on the grounds of an estate in Kingston, Jamaica, on his 38th birthday, in front of a throng of some 200 investors in his foreign-exchange trading fund, (David) Smith listened sheepishly as his mentor and hero, Jared Martinez, compared him to Moses leading his flock to the promised land.

"I wanted to buy something like the staff that Moses used to carry," said Martinez, whose remarks have been preserved on video. "David has freed so many people down here," Martinez told the crowd, referring to Smith's 10 per cent monthly returns. "David, we'd like to say thank you for being our Jamaican Moses."

In a letter to The Gleaner editor titled '$16b should be chicken feed to Carlos' published Wednesday, April 16, 2008, I wrote:

"According to your publication of April 10, 2008, Cash Plus' balance sheet shows 'Principal Under Management' of $16 billion. This should be chicken feed to a man who promised a return of 10 per cent per month on amounts invested in his company. For if he had invested just $20 million in 2002 when his company was formed, he would now have over $19 billion.

"Maybe it's a case of not practising what you preach."

The underhanded point I was making was that if anyone bothered to do the maths, it would be obvious that pretty soon, Cash Plus and the bigger Ponzi scheme at the time, OLINT, would own Jamaica, and, in just another few years, own the world.

April 2008 was still a few months before the good times ended in July 2008 when the Turks & Caicos police executed a search warrant at David Smith's home and office in Providenciales and some 10 months before Smith was arrested in February 2009.

'Investors' still had some time to heed my warning.

I was beseeched by virtually everyone, including one of my sons, to invest. I warned that they all had to be Ponzi schemes and cautioned against being greedy.

In fact, I found out subsequently that that said son travelled all the way to Montego Bay and invested $5,000 in a similar scheme. Five thousand dollars invested for six years would be worth almost $5,000,000. And value nearly $5,000,000,000 in a further six years. He lost $5 billion just like that (LOL).

Ironically, that letter to the editor, which was the first and only letter published in all three newspapers (Gleaner, Observer and the Sunday Herald), prompted one editor to tell me, "Don't be so harsh on those investors." She then awkwardly admitted investing $100,000 in Cash Plus and only getting back a little over half. She was lucky.

Bloomberg Markets, in its June 2015 issue (republished in http://m.themalaymailonline.com/money/article/currency-con-man-david-smi...) in 'Currency con man David Smith claims being duped by a better con man', laid out a very detailed look at the life of David Smith and the Ponzi scheme he created.

With no apology, I quote extensively from that said Bloomberg article.

Smith just wasn't very good at trading. "I lost a lot of money," he says. "I could have declared losses and given back what was left, but I didn't want to do that."

Instead, he told clients that Olint accounts were earning returns averaging 10 per cent a month. When the word spread, money from middle- and upper-class Jamaican investors poured in.

The losses, though, were piling up. "I stopped trading totally and started looking for education," Smith says. Searching the Web, he discovered Martinez's MTI. Smith flew to Orlando in April 2005 to take MTI's four-day course, which promised to show students how to predict currency-trading patterns.

However, no amount of warning could dissuade those greedy investors as even when Smith invited nervous investors to pull out even though he knew he didn't have enough to pay everyone, the gambit worked, quashing press reports that Olint was a Ponzi scheme. "The money flew back in," quickly tripling Olint's assets, Smith says. "If I'd gotten requests for another US$1.1 million, I couldn't have paid it," he says.

The possibility of 'losing' 10% per month on paper was too much to bear for these gluttonous persons.

Dominic Azan, who became MTI's Jamaica sales manager, still remembers the electricity he felt in the summer of 2006 listening to Martinez onstage, his audience in thrall, as he talked up the trading success of MTI graduates.

(Azan's family lost most of its US$1 million investment.)

Martinez made the most of his opening: "TURN $2,000 INTO $10,000 in Twenty Days. Learn How!" urged an MTI advertisement in a Jamaican newspaper in September 2006. Students lined up for classes paid for by Smith: Olint paid US$1.9 million to MTI for investors' seminars.

The result was a faithful following who believed so deeply in Smith and Martinez that they were willing to entrust their life savings to the pair.

OLINT lavishly supported both political parties in Jamaica, but the Jamaica Labour Party(JLP) is reported to have garnered significantly more support (US$5 million) than the US$2 million given to the People's National Party(PNP).

In fact, some have argued that Olint funds had a direct bearing on the outcome of the 2007 general election.

David Smith also lived large, frequenting the 'casinos' in Jamaica, buying his US$2-million seaside mansion and his Learjet, and sponsoring the 2008 Jazz and Blues Festival.

Peter Bunting, the investment banker who brought the case to the attention of the police and who now serves as Jamaica's national security minister, says Olint investors represented a who's who of Jamaica, including politicians, businessmen, and judges. "The enmeshment with the official system was very substantial," Bunting said at his Kingston office in February.

Smith doesn't deny that he committed a crime. He has confessed to defrauding some 6,000 people out of US$220 million when his Ponzi scheme collapsed.

Smith was released two years early, on January 23, from his Turks and Caicos prison cell.

He was taken back into custody at the request of the Justice Department within 24 hours. The US will present its case for extradition at a hearing on Providenciales on June 5.

While David Smith spent a bit over four years in a Turks and Caicos jail and is due to serve the remainder of 30 years in a US prison, no charges have ever been laid on Smith in Jamaica, whereas Carlos Hill is yet to be tried. Hmm, I wonder.