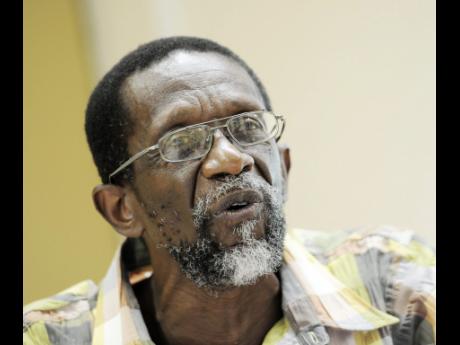 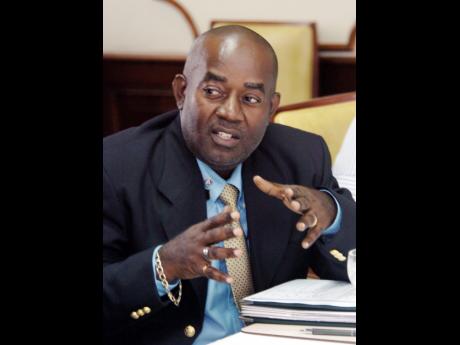 File
Doran Dixon's teacher union of more than 20,000 could armwrestle the Government before the resumption of the school year in September. 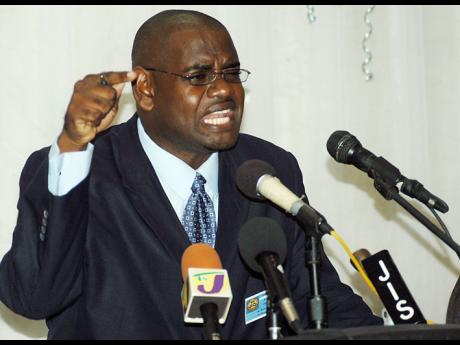 Tomorrow, the country marks Labour Day, the actual date of the 23rd having fallen on a weekend day this year. And workers have to have a workday holiday as part of the crumbs falling from the master's table. Most workers would prefer more money.

From the 1970s, with Michael Manley at the helm of Government, we have converted Labour Day into an occasion for labours of love patriotically done for the nation. Originally, and still in most countries, Labour Day, usually May 1, has been a time to commemorate workers' struggles for improved working conditions and better compensation. It has been a long, hard struggle. Our own country's modern political system emerged out of the labour struggles of 1938.

Labour Day this year comes in the midst of salary negotiations between the Government and its employees. The Government is offering a five per cent salary increase spread over two years as the best it can do under International Monetary Fund (IMF) constraints. Public employees growing poorer with five years of wage freeze, and counting, have flatly rejected this "insulting" offer and are girding for battle.

Government may not be able to pay more while sticking to its IMF obligations of containing the wage bill to nine per cent of GDP. But then again, it might, since the West Indies Group of University Teachers says it has identified $24 billion hidden away in this year's Budget that could be used to offer up to a 30 per cent salary increase without reneging on IMF commitments. Some creative accounting is going on somewhere!

As the public-sector wage negotiations proceed, or rather are stalemated, one of those inveterate emailers, Michael Maragh, who keep columnists amply supplied with material on their pet causes, has sent out stuff on the case for employers paying more. Workers in the United States, that mighty bastion of capitalism, have been demonstrating in cities for upping the federal minimum wage from US$7.25 to US$15 so that they can at least survive as working poor without reliance on welfare.

Topping the World Economic Forum's top-10 global economic trends this year, up from No. 2 last year, is deepening income inequality.

It is workers who have traditionally demanded, "Pay us more!" Employers, apparently, are beginning to catch up here and there. And it's not just being nice. It is being sensible. The very capitalist enterprise itself, the greatest creator of wealth and consumer goods and services in the history of the world, is itself in grave danger from the impoverishment of the workers-producers and the unchecked growth of income inequality.

Dan Price, the 30-year old owner and CEO of Gravity Payments based in Seattle, Washington state, has chopped his executive salary from US$1 million a year to just US$70,000. Why $70,000? That's the base figure his research told him would make employees happy and productive and secure from financial hardship. And that's the minimum wage in his company! His city and state have already set their minimum wage at US$15 an hour, more than twice the federal rate. Gravity has increased vacation leave in an open-ended arrangement and has introduced a profit-sharing scheme. Dan Price believes his moves will yield a positive return on investment from trust and good values.

Ominously, the super-rich plutocrat Nick Hanauer is warning fellow plutocrats, "The pitchforks are coming!" A plutocrat is someone whose power is based on his great wealth. And the world is run by them today to an unprecedented degree. Hanauer was speaking in August last year in the TED Talks forum dedicated to sharing ideas in the creative commons. His speech can be found at https://youtu.be/q2gO4DKVpa8.

Nick Hanauer has earned his wealth. He has co-founded or invested in more than 30 companies across a range of industries. A company he co-founded, aQuantive, was sold to Microsoft for US$6.4 billion. He and business partners own a bank, but he admits that as an entrepreneur, without a particular set of opportunities and some luck, despite his unusually high tolerance for risk and strong intuition about what will happen in the future, he might have been no more than a barefooted fruit vendor on the side of a road in a developing country. "My success," he says, "is the consequence of spectacular luck, of birth, of circumstance and of timing."

But here is the heart of plutocrat's Hanauer's message to fellow plutocrats and to the world economic system:

Bear in mind that Jamaica has one of the most extreme income disparities in the world, we're told. Companies posting billions of dollars of profit are loudly claiming inability to pay quite modest salary increases.

Hanauer continues: "You see, the problem isn't that we have some inequality. Some inequality is necessary for a high-functioning capitalist democracy. The problem is that inequality is at historic highs today and it's getting worse every day. And if wealth, power, and income continue to concentrate at the very tippy top, our society will change from a capitalist democracy to a neo-feudalist rentier society like 18th-century France. That was France before the revolution and the mobs with the pitchforks."

So Nick Hanauer has a message for his "fellow plutocrats and zillionaires and for anyone who lives in a gated bubble world: Wake up. Wake up. It cannot last. Because if we do not do something to fix the glaring economic inequities in our society, the pitchforks will come for us, for no free and open society can long sustain this kind of rising economic inequality".

This highly successful capitalist made it quite clear that he was no liberal do-gooder making a moral argument that economic inequality is wrong. His argument was that it is stupid, self-defeating and bad for business. When Henry Ford introduced the US$5 day, doubling the then prevailing wage rate, he not only increased productivity in his factories as Dan Price is predicting for his company, but Ford transformed poor and exploited auto workers into middle-class people who could then afford to buy the cars they were making!

When businesses pay workers a living wage, taxpayers are relieved of the burden of funding the poverty programmes like food stamps and medical assistance and rent assistance that those workers need. And low-wage workers make terrible taxpayers, he points out.

Hanauer rejects much of neoclassical capitalist economics, including its linear, mechanistic trickle-down theory, in favour of what actually works in a complex, adaptive economic 'ecosystem'. Economies are driven by a thriving middle class, not by plutocrats, "no matter how wealthy a few plutocrats get", he argues as one of them.

The decimation and impoverishment of the Jamaican professional middle class, much of it attached to the public service, should deeply exercise the mind of a government wanting to go for growth. Pay us more! And watch Jamaica grow.