How The Duke of Buckingham lost hope 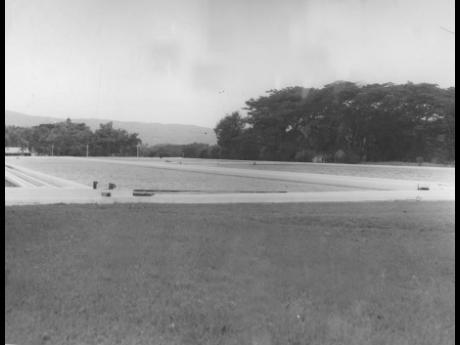 Gleaner Photographer
Kingston & Liguanea Water Works company bought part of Hope Estate from the Marquis of Chandos and set up a supply system. Sir John Peter Grant bought works and accompanying land from the company in 1871 to ensure Kingston of this source of supply. 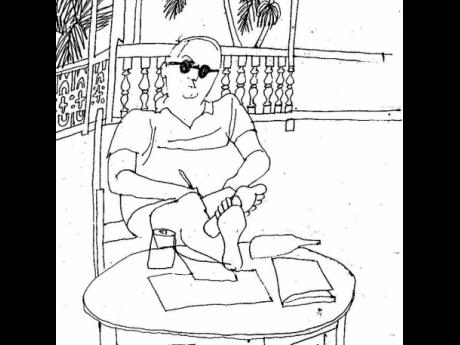 As you travel up Hope Road into Papine, you pass a road sign indicating that you are entering Chandos Place. It is a last reminder of a dissolute aristocratic English family that once owned more than 3,000 acres of the Liguanea Plain known as Hope Estate.

The family was the Dukes of Buckingham and Chandos. The irony is that none of three generations of dukes ever landed on Jamaican soil, having acquired the land through marriage. When the last duke died in 1889, the title became extinct, and it was only left to his daughter, Lady Mary, who had inherited the Scottish lordship of Kinloss to sell off the family's final holding in the island in 1914.

The saga begins with the invasion by the English of Spain's colony of Jamaica in 1655. Among General Robert Venables' army was Major (later Lieutenant-Colonel) Richard Hope. He, along with several other army officers, was granted land as a reward for his participation in the successful campaign. Over time, he was to accumulate patents or grants of land amounting to 2,417 acres.

Despite the expectation of many in Venables' army, they were not repatriated to England but expected to settle and become planters. Not many took up the challenge, but Richard Hope did, at first growing indigo and cocoa and later sugar. He used his soldiers to clear the thick woodlands and feral animals that occupied the Liguanea Plains. His time was not spent exclusively in farming, he also became a member of the Jamaican House of Assembly, and was a public servant, being appointed a justice of the peace. In 1656, he brought his wife, Ann, from England, and she bore their only child, a daughter also called Ann, or Susanna, and later known as Anna Eliza.

Anna Eliza was to marry Roger Elletson, a young English barrister, in May 1680. With a view to retaining the Hope name in perpetuity, Elletson added Hope to his surname once he was married. Roger and Ann, with their family of six children, were to emigrate to England as was often the case of wealthy landowners. Their eldest son, Thomas, initially inherited Hope on his father's death. Thomas built the Hope Aqueduct (still standing today) and had a private law passed in 1752 to allow him to draw water from the Hope River for his sugar plantation in 1752.

When Thomas died five years later, his brother, Roger, who was next in line, had been brought up in England where he attended Eton and Trinity College, Cambridge. On January 7, 1763, Roger married Judith Hilaria Meynell at St George's Church in Hanover Square, London. Their marriage lasted only three years. On his return to Jamaica, Roger Hope-Elletson had entered politics, rising swiftly from member of the House to speaker, then lieutenant governor and chief justice. He was to return to England to take a second wife, Anna Elizabeth Gamon, in 1776 when he was 43, but she was left a widow shortly after.

Anna Elizabeth Gamon was the daughter of a wealthy English landowner. Although only married for a short time, the union produced a daughter who was to marry James Brydges, third Duke of Chandos. Brydges' father had already made his way into the annals of British aristocracy by buying a second wife for two shillings and six pence. He showed his compassionate side by rescuing the pretty wife of a monstrously cruel innkeeper by purchasing her for half a crown. When her husband had died the Duke of Chandos married her.

Tragedy was to dog the Brydges-Gamon marriage when the husband's wife pushed aside the chair he was about to sit on. He never recovered from the injury he sustained and died. His wife, overcome with guilt, eventually went insane and was committed to an asylum.

James Brydges and Anna Eliza Hope-Elletson (Gamon) had time to produce Anna Elizabeth, who, in turn, married Richard Nugent-Temple-Grenville. With their marriage, his formal title grew to Temple-Nugent-Brydges-Chandos-Grenville (try fitting that on to an Immigration card!), and in 1776, he became Duke of Buckingham.

Richard was rewarded with the Duke of Buckingham title in a patently obvious act of corruption. He arranged for the defection of his faction in the Parliament that his family had traditionally supported over to the opposition. By now, this union of Chandos and Buckingham made them one of the wealthiest in England, with lands in several counties, as well as Ireland and Jamaica, to which the Elletson-Hope inheritance brought with it 3,344 acres of land.

Despite his burgeoning debts, the first Duke of Buckingham continued to live an incorrigible life, adding a succession of mistresses to his marriage. But his wife, Anna Elizabeth, was strong-willed, and, on discovering that her husband was selling off part of her inheritance to settle his debts, she left him.

The Duke was sent off on a tour of the continent intended to impose economy on his lifestyle (apparently a typical ploy of the English aristocracy). It seems the Duke missed the point and built a yacht with extra wide passageways to accommodate his gross figure as well as his grand piano. His grossness increased on his return to England to the point where he had to have a machine installed in his residence to raise him from floor to floor (his steward fell through the opening, broke his neck and died).

Anna Elizabeth had taken a keen and well-informed interest in Hope Estate from the time of her marriage to Roger Hope-Elletson, through his death, until her daughter became Duchess of Buckingham. Her daughter was concerned with the affairs of the village of Avington in Hampshire near to her home in England. She undertook to send some of her workers as white indentured labour to Hope in a not-altogether successful attempt to fill the shortage left after Emancipation. Their drinking habits, particularly among the Irish, contributed to their deteriorating health and subsequently their death.