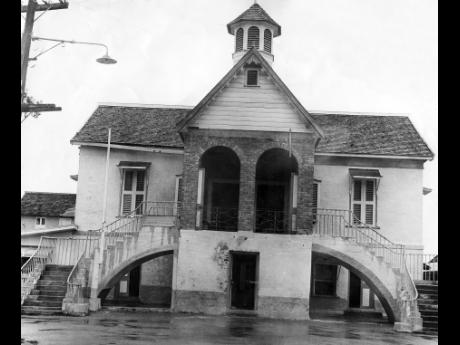 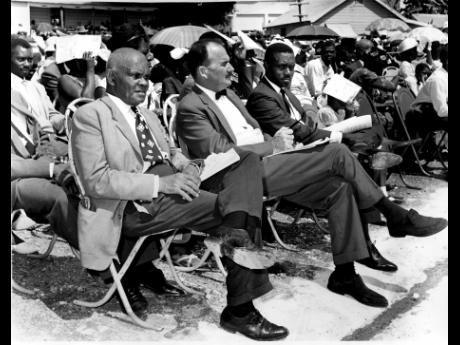 Today is the 150th anniversary of the Morant Bay Rebellion, and I believe that both the British government and our local leaders need a reminder of our history. Morant Bay was about a detached and insensitive colonial government that did not care about the welfare of the slave descendants on the island, and a set of Englishmen who did not comprehend the dynamics of race, skin colour and class on the rock. It is amazing how little things have changed.

Prior to the War, there had been a treaty with the Maroons in 1739. Maroons, escaped Africans from the plantations, had fought the British government and plantation owners with a ferocity and success rate that would have made the Tivoli combatants in 2010 envious. His Majesty's troops and governor knew that the Africans, led by Cudjoe and his sister, Nanny, were like the infamous 'abi seed' and Colonel Guthrie was fully mindful of the dimension of his hind quarters.

Unable to eradicate the Maroon threat and with little hope of vanquishing them, Guthrie offered a truce. Now anyone who has engaged in negotiations will understand that the powerful do not offer to negotiate unless they are incapable of controlling or overpowering the less powerful. A critical element in any bilateral talks is the notion that the consequences of disagreeing are far too great for the parties to bear.

In the case of Guthrie, he knew that it would have been impossible to govern the little rock in the Caribbean while the Africans were a constant threat. After all, there were thousands of Africans on the island who were in bondage and waiting for any opportunity to erupt. Therefore, the Brits wanted to eliminate one threat.

Nonetheless, to this day I find it incomprehensible that one of the clauses of the agreement was that any escaped enslaved African from the plantations would be apprehended by the Maroons and repatriated to their 'owners'. Not only is this a classic case of divide and rule, but it is tantamount to betrayal, because Cudjoe could, and should, have negotiated for a 'non-deportation' provision, because he was bargaining from a position of strength. Guthrie needed the treaty far more than he did.

Brought together by war

Yet, an important fact is that Cudjoe and Nanny were members of the Ashanti tribal group. From the Twi words 'OsaNte' the name means 'brought together by war'. Some historical accounts suggest that both siblings were themselves victims of internal struggles within their chiefdom, and they were captured by their warring tribesmen and sold to the whites.

More intriguing is that in the Maroon wars leading up to the treaty, there were enslaved Africans who actually fought on the side of their masters against their own kin. These divisions among black people on this island have continued to plague us. When Paul Bogle and his motley crew of peasants marched from Stony Gut to Morant Bay to air their grouses, conditions on the island were dire.

With an electoral system and voters' list that excluded the average member of the working class, the House of Representatives was running roughshod over their interests. Indeed, George William Gordon made the almost treasonable statement, "... There must be a limit to oppression - a limit to transgression ... . When a governor becomes a dictator ... it is time for the people to dethrone him ... . I say, if the law is to be disregarded, it will lead to anarchy and bloodshed."

Now we know that Bogle did not go for a war and Gordon did not promote the violence. However, his revelations were insightful, although not inciteful. Not given an audience after the long trek, there was a stand-off between Bogle's posse and the militia and a wide-scale clash took place, leading to massive destruction of property and the loss of some 1,000 lives.

When the dust had settled, Bogle was caught with the unfortunate help of the Maroons and he, along with the innocent Gordon, was hanged. Pregnant women were among the hundreds who were also executed, and government troops burned dozens of houses of the peasants in reprisals.

Nevertheless, after Gordon, a 'deputy-white' man, was hanged, the British governor was punished by being recalled to England, where he escaped several attempts to try him criminally for his actions. His big mistake was not simply the wanton acts of violence against the peasants, but that he killed a 'brung' man who, in his British eyes, was also black.

Today, despite its shortcomings, the Government is not as insensitive to the needs of the poor, although it does not love them and the working class as some of its forebears used to. And the British have returned this time to correct their benign neglect of their erstwhile colony. It is often forgotten that Gordon was, in fact, murdered by Governor John Eyre.

An 1866 Royal Commission into the events found that although "the disturbances ... a planned resistance to lawful authority ... the punishments inflicted ... were excessive; ... the punishment of death was unnecessarily frequent; that the floggings were reckless, and at Bath positively barbarous; and that the burning of 1,000 houses was wanton and cruel." Three attempts were made between 1866 and 1868 to indict him.

Perhaps now is a good time to deal with the issue of reparation and compensation by reaching for the low-hanging fruit for the estate and descendants of Gordon and other persons who suffered. Unlike the higher-level inquiry into the depth of slavery, the commission did find culpability, although not criminal liability. There is precedent in law for non-criminal convictions to still have civil liabilities.

And, unlike the 1700s, we know that the Brits have a lot to gain by settling the deal that they are presenting to our Government. But inasmuch as people think the prime minister looks like Nanny, the national security minister is no Cudjoe.

Let us bargain for a better deal with the new Colonel Guthrie.