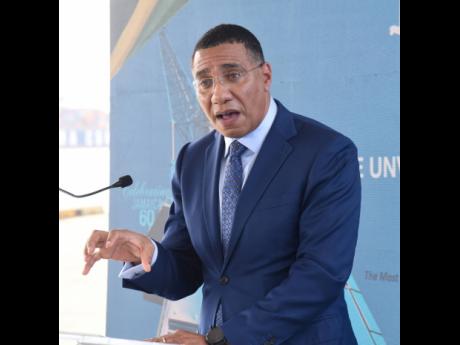 THE RECENT shuffling of an old deck of political cards ended up with yet another ‘new’ ministry.

Cabinet now consists of the PM, 15 ministers with named portfolio titles, and seven ministers ‘without portfolio’. What a lot of ministers to run a country of three million people! Jamaica now has a Cabinet of 23! In addition, there are seven state ministers. Clearly, Jamaica is a very wealthy nation that can afford 23 ministerial salaries and perks plus seven more junior ministers’ emoluments, but in a pandemic, can’t pay healthcare workers overtime or gratuity for months or years. The UK, with a population of 53+ million, has a Cabinet of 22, but this includes three secretaries of state for Wales, Scotland, and Northern Ireland, and because the UK has no written constitution, the leader of the House of Lords and an attorney general. When boiled down to gravy, this means a Cabinet of only 17 specialist ministers.

The USA Cabinet contains nine ‘secretaries’ (ministers) nominated by the president and approved by the Senate, 15 department heads, and the vice-president. Although the president can attend Cabinet meetings, he is not officially a Cabinet member. So depending on how you count, USA’s Cabinet comprises nine, 24, 25 or 26 members to manage a federation of 50 States containing 330,000,000+ people. I know readers, brainwashed to worship politics over all else, expect me to critique the ministerial appointments. The bad news is, I don’t care. Certainly, this Ministry of ‘Legal Affairs’ (will it settle disputes I may have with my lawyer girlfriend?) is a better option than the Ministry of Justice (the abolition of which I’ve long advocated). But my interest isn’t in political personalities but that Jamaica has long needed a Ministry of Legislative Issues (to include constitutional reform) while transferring the administration of the courts to the Office of the Chief Justice that could absorb many public servants currently working in an unnecessary justice ministry.

If the PM had done it that way, he’d be leading Jamaica’s need for fiscal responsibility by example. Then whoever he chose as legislative issues minister would be his responsibility. Argument done!

But for me, this latest shuffling about, seemingly for the purposes of political obfuscation, has highlighted the need for a constitutional limit on the number of ministers and an abolition of the nonsensical ‘minister without portfolio’.

On August 15, 2021, (Reconstruct the House to represent the people), in proposing a real separation of legislative and executive powers rather than the current illusion, I wrote:

“Cabinet members can be nominated from any source external to Parliament but must be vetted and confirmed by the House. Cabinet should be constitutionally limited to 12 and ministries named. All portfolio responsibilities should be assigned by the PM to a named ministry. Abolish the oxymoronic ‘Minister without Portfolio’.”

What’s unfolding before us is yet another example of the dangerous fallout of governance unavoidable in a small, tribal nation with a winner-take-all electoral system that empowers one person to create and fill all Cabinet posts. It’s especially perilous when that person is unelected save by a smattering of “party delegates”. It’s undemocratic. It’s unsafe. It’s unacceptable.

Those frailties of monarchical systems are no more shamelessly exposed than by the current Barbadian farce. Despite hoopla surrounding the Monarchy’s alleged abolition and Barbados’ pretend conversion to a republic, one person is still empowered to call a snap election in the midst of the pandemic’s most transmissible wave 18 months before elections are constitutionally due. Nobody knows why Mia Mottley (formerly my leadership hero) suddenly decided to blot her copybook with this reckless decision, but her reasons are immaterial. The problem is that she has authority to do it. The thing that rankles about this new but not very different Cabinet is that it will result in more cost to taxpayers and almost certainly less efficiency. By the time the Justice Ministry’s; Legal and Constitutional “Affairs” (sigh) ministry’s, and attorney general’s staffs are through fighting over turf, it’s unlikely that anything real can be accomplished.

But there’s more. The example set by what seems additional expenditure to appease political interests contrasts starkly and disappointingly with Government’s penny-pinching approach to pandemic management. Healthcare workers are still waiting on promised “overtime” pay for staffing vaccination sites. Doctors have been waiting for years for overdue gratuity payments. But the most puzzling aspect of Government’s pandemic mismanagement is the stubborn refusal to impose sensible vaccine mandates. Government repeatedly asserts (correctly in my opinion) that vaccination is the only currently available escape from the crisis. That same Government failed miserably by islandwide entreaty to approach its own announced vaccination targets. That failure is due to a deadly combo of incompetent roll-out logistics; abysmally poor communication; and vaccine hesitancy (exacerbated by psychological warfare from anti-vaxxers masquerading as truth seekers). So why is Government so reluctant to take the next obvious step, namely, imposing and enforcing sensible vaccine mandates? Bob Marley’s take:

“There’s a natural mystic blowing through the air

If you listen carefully now you will hear

This could be the first trumpet

Many more will have to suffer

Many more will have to die

Don’t ask me why”

In trying to decode this natural mystic, we must never forget Goodman’s Law. What’s that, new readers ask? Goodman’s Law: Don’t ask if it’s about the money. It’s always about the money! My suspicion, based on the assumption that Government isn’t malicious so must be acting on facts and matters not publicly known, is that Government, after two years of COVID, is stone blind bruk! Recently, without much fanfare or public discussion, Parliament passed the Second Supplementary Estimates. They approved additional “spending” of $25.8 billion in the current financial year. According to Nigel Clarke, the increased allocation was for recurrent expenditure including

• To provide for payment to 31 public sector bargaining groups that settled salary negotiations after the First Estimates where their payments were captured under “contingencies” but now needed specific authorisation for payment by ministries/department heads.

• Previous allocations of an additional $5 billion to C.A.R.E. (a.k.a. vote buying support for those affected by COVID) also needed retroactive payment authorisation;

• The premium for a catastrophe bond issued earlier wasn’t fully captured in the budget (WHAT?) so was now being addressed (this is covered by the UK/the USA/Germany grants);

• Regularising expenditure already undertaken in the December 2021 Christmas Crash Programme to assist MPs’ party hacks (oops, sorry, “some of those most vulnerable to the pandemic’s economic impact”);

So we shall see. The important thing to note from the Second Supplementary Estimates is the additional expenditure is already spent. So this was a ‘cover-your-rear’ exercise, with Government keeping to the bare essentials like funding MPs for constituency vote buying and giving handouts to voters disguised as pandemic relief. So why not give voters their best hope against pandemic impact, namely, vaccine mandates? Why create additional Cabinet expenditures instead? Is it simply a matter of parson christening ’im pickney firs’? Or is it a fear of the ripple effect of restricting the spending options of 80 per cent of the population still unvaccinated? Is Government surrendering to a desperate, bruk-pocket-mandated policy of trying for ‘herd immunity’ by deliberately exposing the unvaccinated to risk of severe long-term illness or death? That would be a naïve policy certain only to invite more variants to exacerbate the pandemic. THAT would be a self-defeating policy destined to create the fear out of which it’s born and make that fear reality. As the unvaccinated among healthcare workers are proving daily, “argument done” can cripple public services and devastate a tourism-dependent economy.

Healthy, happy, productive people can revive any damaged economy. No economy can revive dead people. My personal responsibility is to myself and my family to get vaccinated and boosted. Government’s public responsibility is to ALL Jamaicans to impose vaccine mandates with a view to achieving herd immunity from severe illness or death NOT from the common cold. Shuffling used cards and spending more on a new Cabinet just doesn’t cut it.