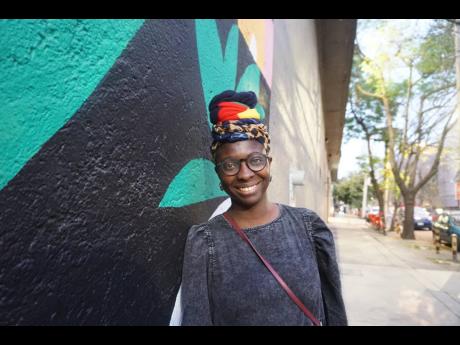 Contributed
Kingston native Chef Theresa Barrett has started a restaurant at her new home in Mexico. 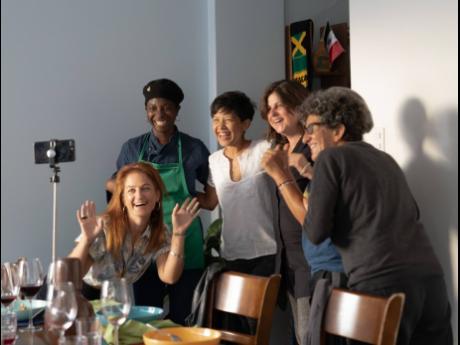 Contributed
Theresa Barrett shares a moment with Laxaymaca guests on September 21, 2019. Barrett says she enjoys observing the patrons’ reactions to her culinary delights. 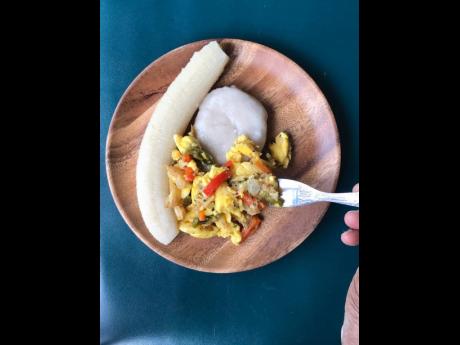 Hailing from the community of Riverton in Kingston, Chef Theresa Barrett is now living in Mexico and has taken the curiosity of residents there to pro

udly push the culture of the land of her birth.

A past student of Camperdown High School and The University of the West Indies School of Continuing Studies, she taught early-childhood education in Jamaica for two years before migrating.

Speaking about her decision to settle in Mexico, Barrett said she applied for jobs in a lot of countries, and with Mexico just four hours away from Jamaica, it factored greatly in her making that final decision.

As she settled in her new home, Barrett said she would often be asked, “Where are you from?” while walking the streets of Mexico City.

When she told them Jamaica, there was always interest in the island’s food.

“Their responses were always the same, ‘I have never had Jamaican food’.” To which, she says, she would respond, “Dame dinero y ven a mi casa”, or “Give me money and come to my house.” Thus began her at home restaurant.

However, starting Laxaymaca was not as easy as she thought. One of the challenges she faced was finding the ingredients. She ended up searching through images and finding their names in Spanish.

In the early days, feedback aided her in her offerings. The home-style restaurant also gave her the opportunity to share the country’s culture through not just the food, but music also.

Barrett, who first started her home restaurant in 2018, and has now made a success of it, said she has long had a passion for cooking.

“My love for cooking started at home with my mom, who likes to cook and share it. I take that from her, but living on my own, I could cook whatever I wanted and play with flavours. [I do that] here in Mexico, more so as I travel and see how different people share at the table, what things are called in their countries, and how it’s prepared,” she said.

These days, Barrett has moved from teaching youngsters to taking her classroom online, where she shares her cooking skills freely to those who are interested in learning to prepare Jamaican dishes.

Looking ahead, Barrett is now planning on expanding her restaurant business as she moves from part-time to full-time service. She is, however, sticking to takeout until it’s safe to resume dining.

“I will continue to offer takeaway until it’s safe for us to have a gathering safely,” she said.

Commenting on her bold move to launch into the restaurant business, Barrett said one should always trust their gut and believe in their passion, and “find people who will support those passions and dreams”.