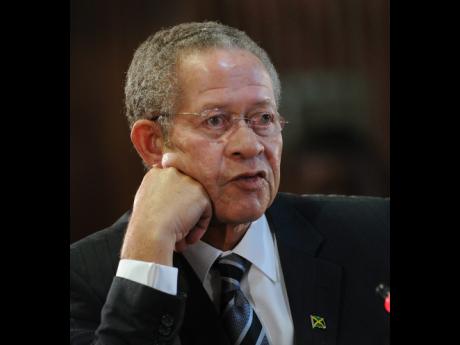 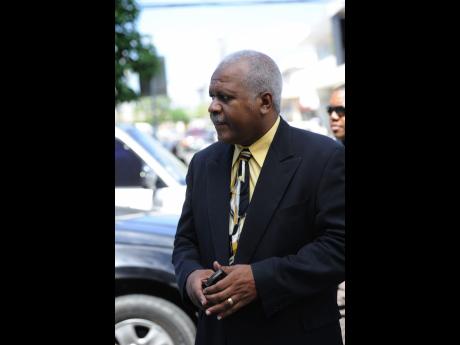 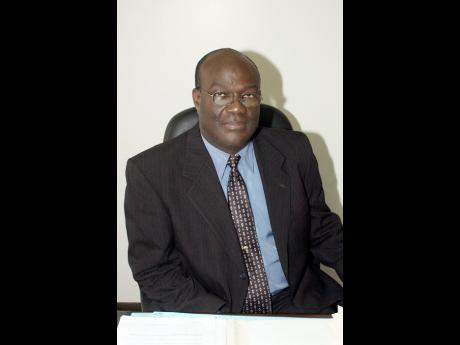 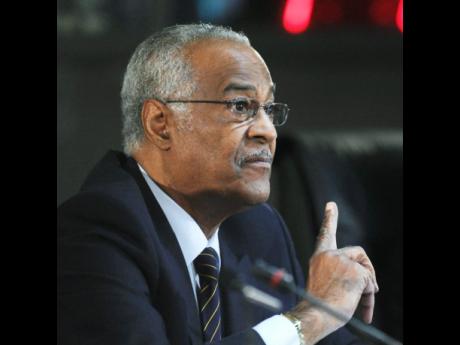 File
Sir David Simmons, chairman of the West Kingston commission of enquiry, makes a point during a sitting at the Jamaica Conference Centre on February 2.
1
2
3
4

AN ATTORNEY for retired Police Commissioner Owen Ellington has revealed that former Prime Minister Bruce Golding has acknowledged that he was the government minister who told the former police chief about communications between Chri-stopher 'Dudus' Coke and clergymen Bishop Herro Blair and Reverend Merrick 'Al' Miller.

of Enquiry yesterday that Golding's admission came in a letter he penned to Ellington.

Testifying during cross-examination on Monday, the former police commissioner revealed that a former government minister had asked him to speak to Blair and Miller about Coke's intention to surrender himself to the security forces. Coke was being sought on an extradition warrant after he managed to elude the security forces during the May 2010 incursion into his Tivoli Gardens stronghold.

However, when pressed by chairman of the commission Sir David Simmons to divulge the name of the government minister, Ellington refused, saying the information was given to him under condition of confidentiality and he was not at liberty to disclose it.

"It was a confidential discussion and unless that individual comes here and says he spoke to me about it, I would be constrained by the sensitivity of my office to disclose that information," he said at the time.

But during yesterday's brief sitting of the three-member panel at the Jamaica Conference Centre in downtown Kingston, Martin revealed that, after Ellington's testimony, she received a letter from Golding, "who understood the concerns Mr Ellington faced".

According to Martin, Golding - in the letter - asserted that he did not specifically recall that discussion when he took the witness stand last month to give evidence at the enquiry.

"Given the discussions I had with Bishop Blair, and my own anxiety for Coke's peaceful surrender, it is very likely that I might have spoken with you in that regard and would have no objection to your so disclosing," Martin said as she read from Golding's letter.

Simmons, who had made it clear that he was not satisfied with Ellington's refusal to name the government minister, said the letter cleared up "everything that we [the commissioners] were concerned about".

When the retired police chief returns to the witness stand on Monday, he will again be questioned about the issue.

The sitting was adjourned early after Simmons indicated that the commissioners were still perusing a number of documents which attorneys for the Jamaica Constabulary Force and the Jamaica Defence Force want to keep confidential.