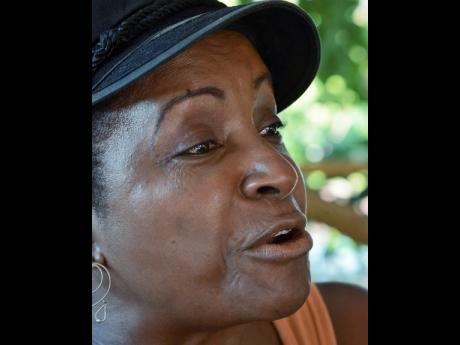 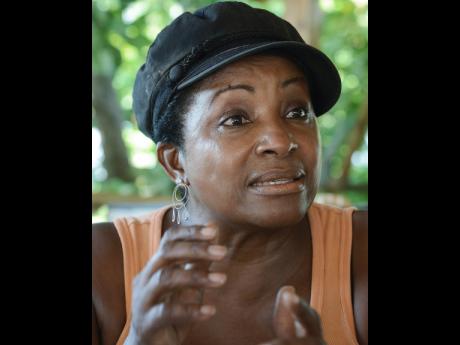 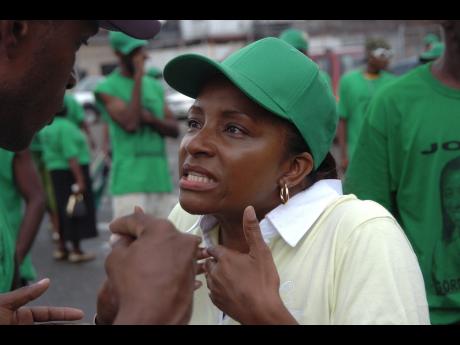 Never far from controversy but with a fierce determination to survive, Joan Gordon-Webley finds herself in the eye of another storm, but the mother of two adult daughters is not afraid of controversies and harsh views. The present dispute over her switch from the Jamaica Labour Party (JLP) to the People's National Party (PNP) is no big deal.

In fact, the soft-spoken Gordon-Webley, whose petite body hides her powerful punch, welcomes the scrutiny of her application by the PNP as part of the democratic process which attracted her to the party and away from the JLP, with which she has been associated since the 1970s.

For Gordon-Webley, who friends and enemies alike call just 'Joan', the dispute over her switch to the PNP is nothing compared to two vicious rumours which have dogged her over the years despite no grain of truth to either.

The political firebrand exposed her pain during an interview at the Corporate Area offices of one of her daughters last Friday as she at times laughed, became emotional or displayed the British 'stiff upper lip', which she must have developed during her time living in England after leaving Hanover, where she was born.

For Gordon-Webley, nearly four decades after her political opponent, the then St Andrew West Rural member of parliament, the PNP's Roy McGann, was killed during the brutal 1980 general-election campaign, she is still haunted by the nightmare of the moments leading to the death and the painful accusations that she was involved.

As if that was not enough, she has lived with whispers that she was McGann's lover and that she caused his death, and that of her husband, Captain Glenmore Webley, several years later.

"There are people in the country today who know what happened. There was a coroner's inquest into McGann's death. The records are there. McGann's gun killed a member of his security detail. McGann was killed by the police, who were responding to reports of shooting, shots [fired] at my supporters," said Gordon-Webley.

"In fact, I felt I had wet myself when the news was relayed to me by walkie-talkie that he was dead, because his meeting in Papine was long finished when I passed through there that night, heading to Gordon Town," said Gordon-Webley, who was the JLP's candidate in the constituency.

Fighting to compose herself despite the passing of time, Gordon-Webley said about 10 buses of her supporters took refuge at the Gordon Town Police Station because they came under attack following a campaign meeting.

According to her, Clinton McGann, a brother of Roy McGann, was her campaign manager, and despite the political climate, she did not want Roy dead, and she does not believe he wanted her dead either.

Gordon-Webley had returned to Jamaica from England in the early '70s with a young daughter, after an incident of domestic abuse involving the child's father.

A victim of child abuse herself, she said scars are still evident on sections of her body today, reminders of beatings she received from relatives with whom she stayed after her parents migrated. She was not about to allow it to happen to her daughter, so she came home.

After working as an accounts receivable clerk on Spanish Town Road, she would walk to Dawn Avenue off Molynes Road, where she lived, after everyone left work.

"I didn't want anyone to see me walking, but that's what I did so I could give my daughter lunch money. So I know what hardship is."

According to Gordon-Webley, her life would change when she was introduced to the Jaycees Movement, which would take her into the life insurance industry.

It was while she was an insurance agent that she met Pearnel Charles in the St Andrew community of Wilton Gardens, more popularly known as Rema.

Things would again change, when Charles was arrested during the 1976 state of emergency. When the charges against him were read, she consulted her diary for the day's entry.

"It rained that day. It rained heavily. So Pearnel Charles could not have been there issuing any guns. And I went to JLP Headquarters and asked to see Bruce Golding, who was general secretary, and told him I wanted to help. It was a short time later, through politics, that I met Glen Webley," she explained.

Surviving a rough campaign where both she and Glen were elected, they were later married and had a daughter.

Five years later, while at home on medication, she would receive an envelope from one

of the security guards at the company they operated.

According to Gordon-Webley, the envelope contained his wedding band, his chain and a note, which said, inter alia, "by the time you receive this, I will be dead".

She remembered calling three close JLP friends in the frantic search for her husband, but by morning, he was found dead on the Palisadoes Road with his firearm nearby.

It was said to be suicide as he was shot in the left ear, although he was right-handed.

It has been whispered for years that he was murdered by a mysterious passenger, and that the passenger was her.

"I couldn't have been the passenger. I was at home, sick. He gave me one of the medication I took. He called to say he would be coming later than usual, and I took another tablet and fell asleep in the living room. I didn't pull any trigger. I wasn't there," declared Gordon-Webley.

Today, it is still not clear if it was murder or suicide. If he was murdered, the failure to find the killer has caused her unspeakable pain.

"Irrespective of all that happened, I still mourn Glen Webley today. I loved him, and he loved me. That much I know for sure," she concluded.