Pryce could face the sternest test of his political career 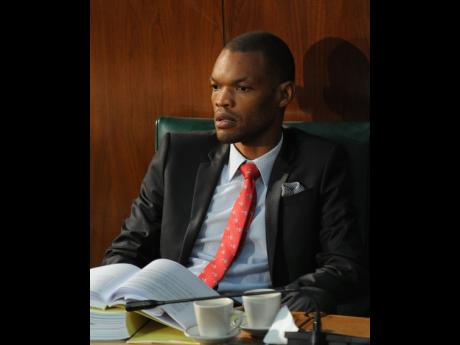 FIRST-TERM PARLIAMENTARIAN Raymond Pryce is set to face, possibly, the sternest test of his short political career when he butts heads with political aspirants Evon Redman in a day’s time.

More than 600 delegates from North East St Elizabeth, historically, the strongest People’s National Party (PNP) constituency in Region Five, will determine whether Pryce or Redman, Santa Cruz businessman, secures the right to contest the next general election on the party’s ticket.

Newly installed Region Five Chairman, Mikael Phillips, yesterday, captured the mood of the PNP ahead of tomorrow’s delegate selection exercise this way: “Some sitting members of parliament are being challenged for the seats that they now represent and Raymond Pryce is one such.”

For more than a year, the potent North East St Elizabeth political domain has been a hotbed of political infighting.

But yesterday, Phillips told The Gleaner that there has been an uneasy calm, after a ‘cessation of hostilities’ was ordered in the lead-up to tomorrow’s selection conference at the St Elizabeth Technical High School.

“The situation could have got out of hand, but the officers of the party and that region took control of the situation,” he said.

Phillips told The Gleaner that a meeting was held last Sunday in which both aspirants were instructed to uphold a cooling-off period in the campaigning until the delegates go to the poll tomorrow.

“That cooling off period has been successful so far, and both have been doing their part to make sure there is no tension. As it is now, both will be facing the Comrades unless we get other instructions from the officers of the party.”

Neither Pryce nor Redman could be contacted for a comment up to yesterday. Voting is scheduled to get under way at 10 a.m., in a constituency that has been represented in the past by Sydney Pagon, Roger Clarke and Kern Spencer.

A political stomping ground of the PNP, the constituency has taken on the feel of battle zone since late last year, demanding the intervention of PNP President Prime Minister Portia Simpson Miller earlier in 2015.

There were talks that former West Indies cricketer Wavell Hinds had harboured interest in challenging Pryce to run on the PNP ticket but then this fizzled.

This, however, was not the case for Redman who boldly declared his intention to challenge Pryce and place himself in poll position to represent the party in North East St Elizabeth come the next general election.

Redman, described by political insiders as being, for decades, a “power behind the throne” declared that he was driven by what he considered poor constituency leadership from Pryce, and that the constituency had a right to be represented by its own people.

“The usual democratic process of the party has been activated to facilitate anyone who is interested in running in a seat on behalf of the PNP.”