Sleepness nights paid off for Larona 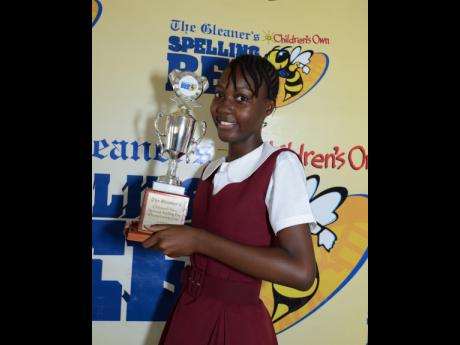 Quotes: "It's an overwhelming feeling because I've entered before, I've been champion girl before, but I came third that year, and I entered the year after and came in fifth. So to know that this is my last year and I won, it's actually a joy."

Larona's coach Owen Rodney: "I am absolutely elated, but more so, I'm thankful to God. I must say, to God be the glory, great things he has done.

"I expected the win because Larona is very experienced. She has been champion girl before and she has demonstrated such in training."

Preparing for parish finals: "Well, it was a lot of hard work and a lot of sleepless nights. Weekdays, we had training on Monday, Tuesday and Thursday from seven to nine o'clock; Sundays from two to six o'clock and Saturdays from 12 o'clock to four o'clock." (Larona Clayton)

Preparing for nationals: "I'm going to make a few adjustments to the programme. It's the first time I'm coaching a girl at the nationals. I've been there (at nationals) four, maybe five times, and this is my first girl, so things are changing."

Larona: "I'm going to do what works for me to tell you the honest truth."

*This is the only spell-down so far that has gone into unseen words (the dictionary). Coach Rodney is a champion all round, as he is coach of the champion boy and champion girl.