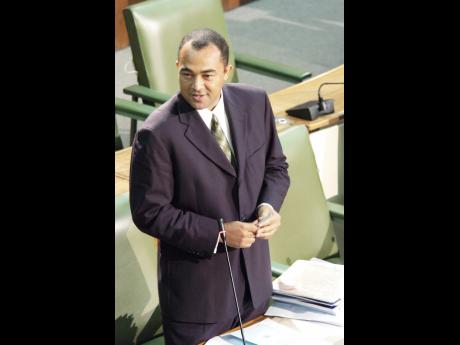 ANY HOPES that the Government had of getting the support of estranged Opposition Senator Dr Christopher Tufton to vote with it on the Caribbean Court of Justice (CCJ) bills have been dashed.

Tufton made it clear yesterday that he believes now is a bad time to have a vote on the bills and recommended that the matter be deferred for about one year.

"Let us set a timeline of 12 months," Tufton said in the Senate yesterday while making his contribution to the debate on the bills.

But Wensworth Skeffrey, a government senator, said Tufton was a coward based on the position he has taken.

Tufton, however, said that there are many areas on which both sides agree and argued that the issue has been polarising and there is need to get a grand buy-in from Jamaicans. He said, too, that now is not the best time to vote on the CCJ bills.

"On the eve of the end of a political cycle, I do not see a vote in this upper chamber taking place and not being unduly influenced by partisan advantage," the opposition senator said.

"That is not necessarily good for the people of Jamaica," Tufton continued.

Tufton said that both Government and Opposition should use the next 12 months to increase the public awareness of the CCJ and do some consultations with the public on the proposed bills.

Tufton said that at the end of the 12-month period, the State should seek to put the matter to the people through either a non-binding referendum or forms of plebiscite. He said it is important that both the Government and the Opposition seek to "jointly sell an idea and a concept rather than do it in a divided manner".

However, Government Senator Sandrea Falconer said that the administration had spent the last few years trying to get the sort of collaboration of which Tufton spoke but the Opposition has not been interested.

Falconer, the de facto information minister, referenced a letter sent to Opposition Leader Andrew Holness by Phillip Paulwell, the leader of government business in the House of Representatives, in which he attempted to get bipartisan support.

Paulwell sought to get Holness to agree to have the Opposition support the CCJ, after which both sides would go to the people in a referendum.

The Government is seeking to replace the London-based Judicial Committee of the Privy Council with the CCJ, but the Opposition, while stating that its preference is for a local final court of appeal, said the question should be put to the people in a referendum.

Tufton and Arthur Williams were resigned from the Senate with the use of the letters because they did not support Holness in an internal leadership election. The court ruled that the scheme was unlawful, and Tufton and Williams were reinstated.

Williams is yet to speak in the debate.