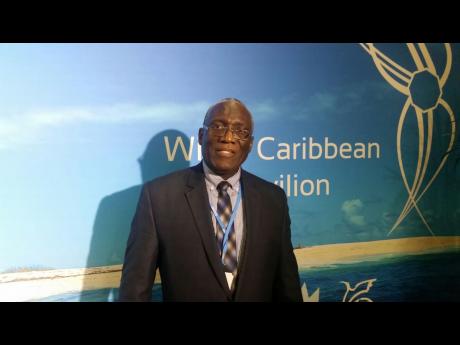 Petre Williams-Raynor
Daley: I think there is a movement towards a text, which says the developed countries must continue to live up to the essence of the Convention.

Up to late last evening, it was still anyone's guess as to the precise nature or strength of the climate agreement that is to emerge from Paris.

What was clear was the refusal of Caribbean and other small-island developing states (SIDS) to accept a deal that does not take full account of their particular needs in the face of climate-change impacts that could devastate entire economies and significantly reorder life as they know it.

Still, there is some willingness to compromise in the interest of reaching consensus, without which there can be no deal.

"A text was prepared [on Wednesday] and was more or less accepted in terms of its content as something that we can work on," said Albert Daley, head of the Climate Change Division and a member of the Jamaica delegation to the international negotiations.

The 'text' is the label used to describe the intended outcome document while it is being negotiated.

"Having looked at it, there are a number of issues that we were concerned about ... we were adamant that 1.5 [degrees Celsius as a cap in global temperatures] has to be in the agreement," he added.

However, Daley said further: "We are conscious that there are some parties who are saying less than two [degrees Celsius], and so in the agreement that evolved, there was one option which spoke to well below 2 degrees C with the intent to move to 1.5 degrees C. That seemed like something that we would be willing to compromise on if we have to."

They are also intent on ensuring that whatever the final agreement, it is one that recognises the special circumstances of SIDS. But as with other elements of the draft text, there is a battle raging.

"Very few countries are like us. If we have a storm, other countries can retreat to the hills and continue life as normal. With us, the whole country is impacted," he added.

Meanwhile, there is yet more wrangling over finance - which SIDS want to be adequate, predictable and sustainable - as countries debate who should pay and how much.

"The countries that are responsible for the climate-change problem will have to take responsibility for contributing to helping countries to deal with the issue. What we are saying is that the developed countries, they were the original cause and they must finance it, according to the Convention (United Nations Framework Convention on Climate Change)," explained Daley.

Still, despite the cut and thrust of the talks, Daley was optimistic.

"I think there is a movement towards a text which says the developed countries must continue to live up to the essence of the Convention, which says we have common but differentiated responsibility ... . And we are moving towards a state where other countries can voluntarily contribute financing where they are able to," he noted.

"We are looking forward - having made our inputs to what we feel are reasonable bridging positions - to see what [the new draft text] looks like, and that would now provide the basis for the final round [of negotiations]," Daley added.