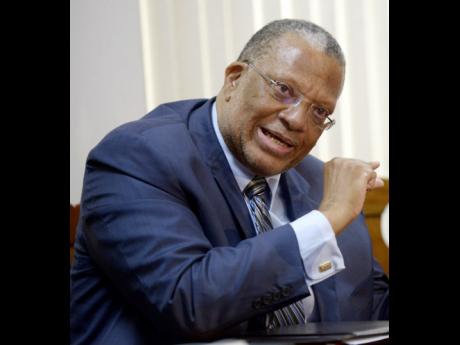 The magazine International Financing Review (IFR) has given Jamaica one of its 2015 awards for the US$2 billion bond offer. Here is the magazine's take on the issue.

Troubles in Latin America provided opportunities for Jamaica in 2015, when the island raised US$2 billion in a dual-tranche offering to retire debt owed to cash-strapped Venezuela at an extremely steep discount.

In a tough year for emerging market issuers, Jamaica excelled in a liability-management transaction that vastly improved its debt ratios and accelerated progress already made under its fiscal-adjustment programme with the International Monetary Fund (IMF).

At US$2 billion, the trade represented Jamaica's largest bond sale ever, or some 14.6 per cent of its 2014 GDP, a large sum for any country.

"Nobody comes close to 14 per cent in the sum total of all their transactions, let alone in a single trade," said Chris Gilfond, head of Latin America capital markets origination at Citigroup. "Jamaica did it in a day."

A small country raising such large amounts of debt would under normal circumstances have made fixed-income investors pause for thought. But for Jamaica, the trade made sense as it was using the proceeds, in part, to retire US$3 billion of PetroCaribe debt owed to Venezuela for a price of just US$1.5 billion

"It was an opportunity which derived from a convergence of interests between the Venezuelan authorities and ourselves," Dr Peter Phillips, the country's finance minister, told IFR on the sidelines of the IMF meetings in October.

Not only did this allow the Caribbean nation to cut consolidated public debt to GDP by about 10 percentage points, but it also locked in its lowest coupon bonds ever, along various points in the curve.

And despite a rocky backdrop for emerging markets in 2015, both instruments have performed well in the secondary markets, trading at mid-market prices of 102 and 101 on November 12.

Jamaica's pricing levels were a considerable improvement on similarly rated sovereigns tapping the markets. On the same day, Zambia, rated B by S&P and Fitch, launched a US$1.25 billion 11-year average life amortiser at 9.375 per cent - some 150 basic points wide to where Jamaica printed its 30-year.

Indeed, tapping 30-year money was no mean feat for a Caa2/B/B- rated sovereign still under the watchful eye of the IMF, following a domestic debt restructuring just two years before.

"This puts Jamaica on a path of achieving its goal of breaking 100 per cent debt-to-GDP by 2020," said Max Volkov, head of LatAm debt capital markets at Bank of America Merrill Lynch. "It is very credit-positive and being able to issue 30-year paper for a Triple C issuer is quite extraordinary."