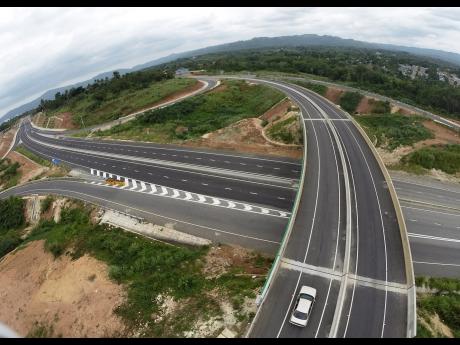 An announcement is expected by Prime Minister Andrew Holness today in relation to the proposed toll rates for the North-South Highway.

Education and Information Minister Ruel Reid told journalists yesterday that the Government has "heard the cries of the people of Jamaica" in relation to the toll rates that have triggered national debate.

He said the administration was working assiduously behind the scenes to address the concerns raised by members of the public.

"The Government is seized of the concerns and we are working very hard to see how we can negotiate, if possible, a better arrangement," Reid pointed out yesterday at the first post-Cabinet press briefing for the Andrew Holness administration held at Jamaica House.

Some motorists and other stakeholders in the transport sector raised alarm at the proposed rates for the toll which are as high as $3,700.

In a release yesterday, Transport and Mining Minister Mike Henry said the proposed toll rates were not marginal numbers pulled from a hat. He said under the concession agreement signed by the previous administration, there is a formula used to calculate the rates.

According to Henry, the formula has a US-dollar component, which takes into account the relative strength of the Jamaican dollar in comparison with its US benchmark.

He accused the Opposition People's National Party of being "hypocritical" when it called for "transparent understanding of the process", since it signed the agreement in 2012.

Henry said that if the proposed rates are in keeping with the concession agreement, the Government cannot force the developer to reduce the rates without taxpayers footing the bill - a consideration he was not contemplating at this time.

The transport minister said that given the huge public outcry, he hoped the developer would be sensitive to the mood of the motoring public and implement rates that will encourage them to fully utilise the toll road.