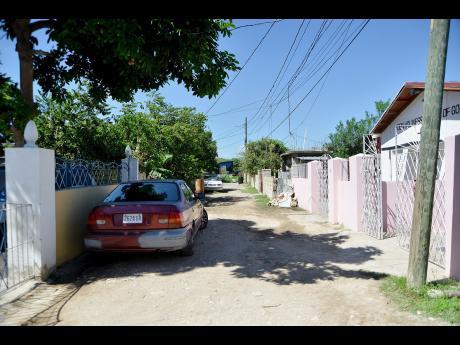 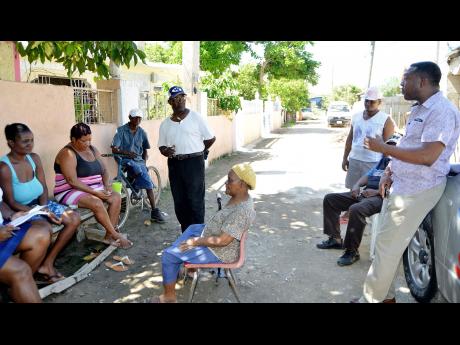 Kenyon Hemans
Some residents of Portmore Lane discussing news that the Government is moving to regularise the community.
1
2

Having occupied the lands for decades, the residents expressed delight when they were told that the Government has acquired the land and they are in line to receive titles for the properties they occupy.

The administration has used the Land Acquisition Act of 1947 to regularise the community "to provide security of tenure for the occupants at Brown's Land (Portmore Lane) in St Catherine ..." it was announced during a post-Cabinet media briefing recently.

Estina Brown, who said she has lived in the community since the 1970s, was among those welcoming the move.

"I came here from Mr Michael (Manley) sweep Jamaica in the 1970s. Only 'peenie wallies' (fireflies) was here. And I have lived here since then. I am very happy to hear this news," said Brown.

The community received regularised electricity several years ago, but Brown said immediate improvements must be made to the water, roads and sewerage system in the area.

Her husband, Pastor Harry Brown, who leads the Zion Holiness Church of God in the community, also welcomed the news, even as he issued a warning to his fellow residents.

Fellow resident Hector Fennell said he was the second person to move on to the property when he set up his house there in 1973.

Councillor for the area, Renair Benjamin, said the development is one which he pushed for.

"I wrote to the Government recommending that it be regularised so that the residents can have some security of tenure. It is the strongest division for the Jamaica Labour Party in this constituency, where the member of parliament is (the People's National Party's) Colin Fagan," said Benjamin.