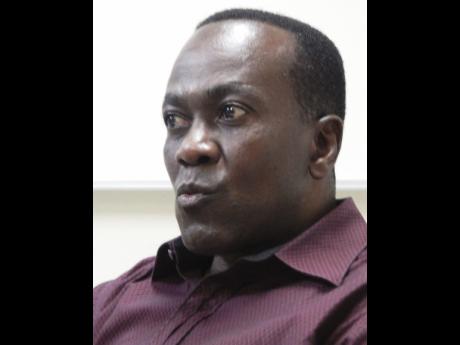 The Broadcasting Commission of Jamaica (BCJ) says no increase in licence fees is being contemplated although the government-owned regulating entity is projecting a 19 per cent increase in income from fees for this fiscal year.

Information from the Jamaica public bodies document tabled recently in the Parliament show that the BCJ recorded an estimated $272 million in earnings from licence fees for the 2015-2016 fiscal year, which ended on March 31. It is now projecting $337 million for this fiscal year, $65 million more than last year's.

Professor Hopeton Dunn, chairman of the BCJ, told The Gleaner that no new fees would be levied this financial year.

"No, not at all. It has nothing to do with rezoning or additional fees," he said when asked if the entity planned to increase fees as part of measures to achieve the target.

The dollar value of the increase in licence fee income is consistent with the amount the BCJ wants to reel in to record a 100 per cent increase in operating surplus during this financial year when compared with the previous one.

The BCJ recorded an estimated surplus of $32 million for 2015-2016. But the agency wants to almost double that figure to approximately $63 million. This is after expenses of $308 million are taken out of the total projected income of $371 million.

"What we're seeing are adjustments for inflation and the prospect for new licences being issued," Dunn told The Gleaner.

He argued that changes in how the commission calculates fees is partly responsible for the entity recording surpluses in recent years and the 100 per cent expected jump for this year.

"Almost a decade ago, the commission changed up how it levied fees, from cost recovery to economic costs using the Herfindahl Hirshman Index (a measure of market concentration), which is now in the regulations. That enables us to levy fees to new licensees that are more commensurate with the calculations related to their own projections of income over a particular period of time," he explained.

"This approach has radically altered the income-generating structure of the commission. That is partly what has put us in the position we are now where we can recover on behalf of the public, reasonable fees for very important licence."

Dunn declined to state the value of the licence fee expected to be paid by the new entrant in the cable industry.

Earlier this month, The Gleaner reported that come December, ReadyTV will be launched by Digital Interactive Services Limited, a privately owned Jamaican company which has secured a subscriber television licence.

Chris Dehring, president and chief executive, said the service will be provided "islandwide".