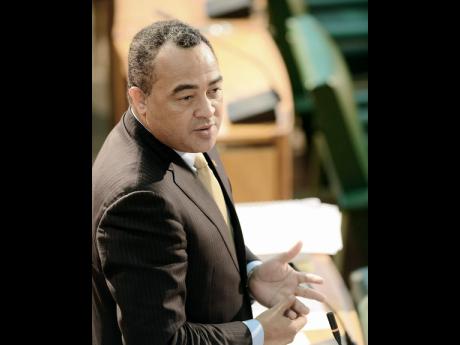 Notwithstanding the injection of hundreds of millions of dollars, and more than two years after work was scheduled to be completed on what should have been the region's first paediatric cardiac centre, there is still no pulse at the facility and children continue to battle severe heart ailments.

What was intended to assist in saving the lives of hundreds of children afflicted with heart conditions has become a major bone of contention among stakeholders, forcing new Health Minister Dr Christopher Tufton to address the challenges he inherited.

"I inherited a situation where there were some delays and disagreements in securing a memorandum of understanding to get equipment," said Tufton of the facility to be constructed at the Bustamante Hospital for Children.

Responding to queries from Opposition Spokesman on Health Horace Dalley, who was briefly assigned the health portfolio ahead of the change of administration, Tufton said that the physical structure still needs to be completed.

Digicel Jamaica, one of four major donors, had initially pumped $100 million into the project as a goodwill gesture on the occasion of its 10th anniversary in Jamaica.

Sagicor, the Shaggy Make a Difference Foundation, and Chain of Hope, a group of foreign-based stakeholders who have been performing open-heart surgery at the Arthur Wint Drive-based institution, are also significant contributors.

But since then, relations have soured on many fronts. "I went and toured the

facility, discussed with the contractors and administrators. It's 95 per cent complete, and so we are anticipating in another few months or so, a total completion," said Tufton.

It was in September 2014 that The Sunday Gleaner highlighted the problem, but despite promises of new deadlines, a chorus of denials, as well as claims and counter-claims, nothing much has changed.

At the time, The Gleaner was informed that tardiness on the part of the previous administration and a tussle between one of the major donors and technocrats, as well as a severe cash crunch had impaired the efforts of generous donors that have teamed up to construct the multimillion-dollar facility.

This week, Tufton told the Standing Finance Committee of Parliament that the other challenge that continues to bedevil the project is more complicated: that of securing the equipment for the cardiac centre.

"The equipment is financed through a number of sources, which include charities such as Shaggy and Friends," he said.

Tufton disclosed that the agreement that was originally in place required the United Kingdom-based charity Chain of Hope to secure the equipment.

"There were issues around an MOU to be developed between that charity and the Government, through the Bustamante Hospital, before that equipment is secured," he said. "That charity was demanding that certain things be put in place."

According to Tufton, over the past month and a half, there have been some new developments, following extensive discussions.

"We have redrafted the MOU, adjusted a few of the clauses based on the requests," said Tufton. "It was sent to the charity. They sent us back last Thursday, with one or two adjustments that they further require and are in the process of finalising."

Added Tufton: "We are anxious to get going and have spoken to the key sponsors of the equipment."