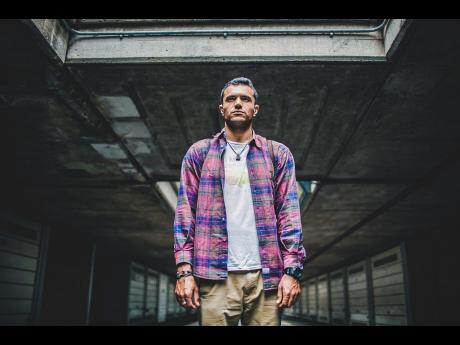 Raymond Antrobus continues to be in strong contention to be named Young Poet Laureate for London - a position awarded annually to a poet age 21-30 living in the United Kingdom capital.

Antrobus, a second-generation Jamaican born and bred in East London, has been redefining what it means to be a poet in the 21st century through monologues, which Calabash co-founder Kwame Dawes describes as stunning studies of voice and substance.

While he only visits Jamaica occasionally, the young poet says he owes his graceful and finely crafted lyric poems, another characterisation penned by Dawes, to his Jamaican heritage.

"It influences my work because I know in a world where each nation has its story, I don't think I'd be doing my job well if I didn't understand the significance of being the son of a Jamaican man as well as an English woman. My parents had a difficult relationship, and so do their nations. These stories are significant," he said in response to questions from The Gleaner.

Explaining his Jamaican roots, Antrobus disclosed that his father, who died last year, migrated to England in the '60s to work.

While he describes his relationship with Jamaica as complicated, the performer and hearing-aid user says he wants to spend more time in Jamaica so he can become more connected to his father's homeland.

Even as he seeks to tap further into his Jamaican heritage as a source of inspiration, Antrobus has been building a steady body of work.

"I try to have seasons of reading, writing, teaching, and learning poems. In an ideal world, these would be structured, so I am immersed in these activities one at a time. Living in London, however, rarely allows that kind of pace," he said.

His poems have been published in magazines and literary journals such as The Rialto, Magma Poetry, Oxford Diasporas Programme, British Council Literature, the Shooter Literary Magazine, The Missing Slate and Morning Star.

Antrobus has read and performed his poetry at various festivals and universities across the world, with his works appearing on BBC Radio 4, The Guardian, and across other media.

"I've had many jobs working in removals, gyms, swimming pools, security, etc, but now I make my living off teaching and touring my poetry. I'm lucky to live in London because there are very few places that have the infrastructure to make this possible. It's still difficult. I am by no means comfortable. I scrape by, but I've always found it difficult to find meaningful work, and I've never felt more useful working in education as a Jamaican British poet," he shared as he explained how he makes a living as a poet.

He was quick to admit, however, that his dream of being a poet was not always one he shared openly with others.

"I didn't invite anyone in my family to my poetry readings or performances until much later because I didn't think they would see it as a realistic career choice, and I wouldn't blame them for thinking that. One of the things about dreams is that until they materialise, you're the only person that can see them. Thankfully, my sister and my mother are very supportive," he told The Gleaner.

Antrobus has urged aspiring poets to be passionate and to find a support system to rely on.

"Find the art that resonates with you. Grow with that, and know why what you're doing is important," he advised.