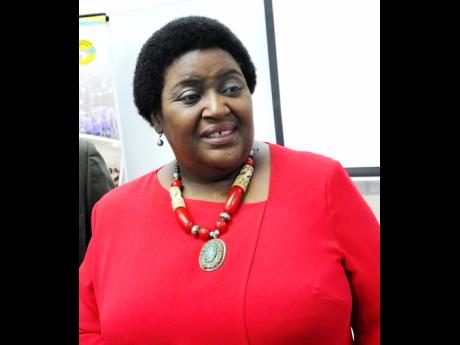 Political Ombudsman Donna Parchment Brown says that her office is willing and ready to take on the onerous task of leading the process to dismantle garrison constituencies in Jamaica.

The three-member panel that presided over the West Kingston Commission of Enquiry recommended that an independent third party should facilitate the process of de-garrisonisation.

On Wednesday, Parchment Brown told members of the Public Administration and Appropriations Committee of Parliament that the Office of the Political Ombudsman was in a position to develop "the road map" that could lead to de-garrisonisation.

"I believe that the road map should be developed by our office through consultation and that we will be responsible to implement and monitor this process commencing in 2016 for a possible three-year period in the first instance."

She said a budget would have to be developed for the process and submitted to the Ministry of Finance for consideration.

The commission recommended a bi-partisan approach, leading to agreement towards the dismantling of garrison communities facilitated by an independent third party.

In their report, the commissioners identified garrison constituencies as those areas where political patronage and violence were two of the hallmarks.

For Parchment Brown, political tribalism was not only problematic for her office, but, by extension, the country. She said that between October 16, 2015, and the present, one person had reported being seriously injured and blamed it on the political process.

"We have seen five killed, and there is a question as to whether it is related to the political process or not," she added.

The Political Code of Conduct, which both major political parties have signed and have pledged to uphold, states that the parties eschew the practice of political tribalism rooted in coercion, intimidation, or violence of any kind. The parties have commit themselves to removing any structures and resisting the development of any behavioural, cultural, social, or organisational practices that reinforce political tribalism.

However, Member of Parliament for St Catherine South Fitz Jackson has taken issue with the labelling of constituencies as garrisons, arguing that many have been erroneously stigmatised as political garrisons because they have a significant margin at the polls.

He argued that a garrison constituency was generally defined as one in which the threat of violence was used to determine election results.

"I need your office in the immediate future to pronounce on whether garrisons still exist today. We have to remove that from our psyche if it no longer exists because it remains a shackle on us," Jackson asserted.

He said where a constituency voted for a particular political party consistently, that area was generally deemed a garrison.

Jackson said that his constituency had been a victim of garrison stigmatisation.

"I would like your office to contribute to the destigmatising of constituencies that have consistently high winning margins."

He said there were constituencies that once carried that label but no longer practised garrison politics.

"I look forward to being able to say that garrisons are no more," she said.