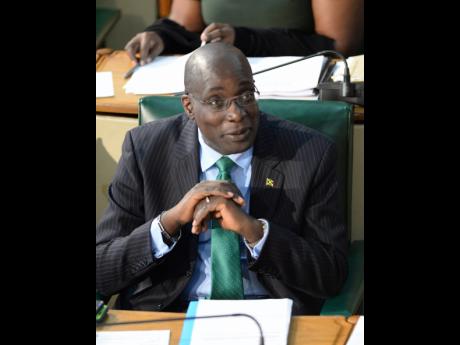 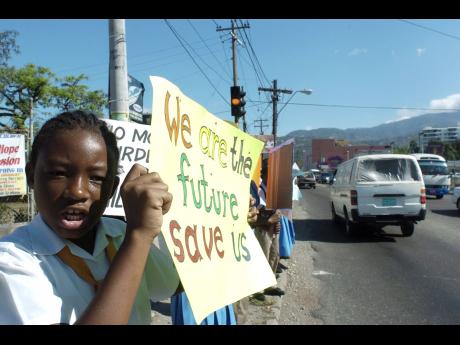 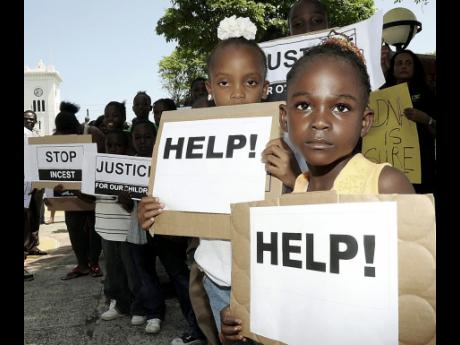 Ian Allen
A cry for help from these children who staged a protest. 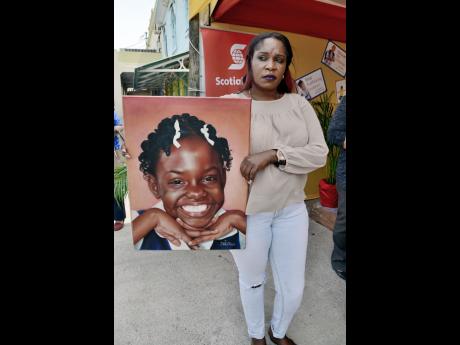 Ian Allen
Nardia Campbell holds a painting of her daughter, Ananda Dean, who was killed some years ago and whose death inspired the ‘Crying Child Monument’ in downtown Kingston. The monument, which contains the name of children who were killed, has run out of space to hold the names. 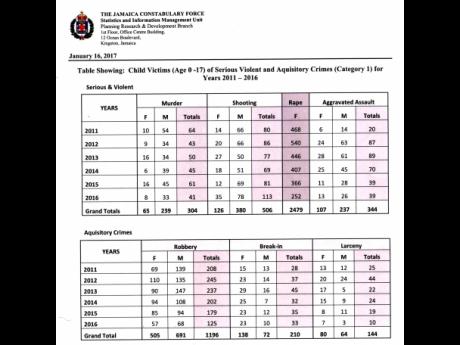 Three hundred and four children (0-17) have been murdered over the last five years, and Education Minister Ruel Reid reports that schools, where some of the incidents have happened, are now seeing a decline in violence.

He made the disclosure yesterday in the Senate as he gave overdue answers to questions from opposition member Wentworth Skeffrey.

The murders took place over the period 2011-2016. Reid noted that the data from the Jamaica Constabulary Force shows three of those years recording declines.

So far this year, Reid noted that there have been seven attacks against schoolchildren. He did not give a breakdown, but those attacks likely include the murder of a Calabar student on New Year's Day, as well as the slaying of 15-year-old Green Pond High School student Shineka Gray in February.

Though reporting that school violence has been on a "downward trend", the education minister said some of the violent incidents in schools listed as "critical incidents", and those, along with the names of the institutions, were not "usually made public".

"This data has never been made public by any administration," he insisted.

But Skeffrey was not pleased. He argued that with Reid giving the murder figures for 2011-2016, there was "clearly no rigidity in any policy" and that he (Reid) has revised the policy.

"You can't tell me that the thing has trended downwards and I have nothing to look at," he added.

Reid rejected the assertion that he was changing the policy.

Meanwhile, the education minister and Skeffrey argued about the strategies that were being introduced in schools to improve security and safety and the results of any assessments.

Reid said that he had not received any reports of major incidents and that because the issue was one of priority for the Government, the budget for the Safety and Security Unit in the ministry had been increased by 133 per cent, moving from $30 million to $70 million this fiscal year.

The minister said measures have been put in place for the protection of both teachers and students, such as the installation of metal detectors.