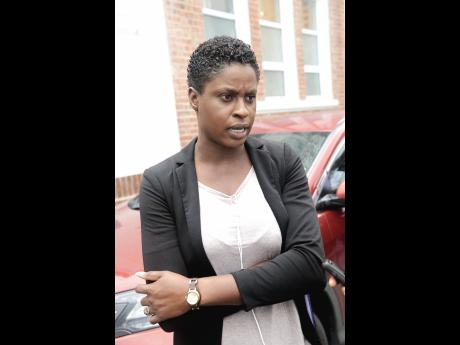 The first attempt by Jamaican authorities to prosecute a citizen under a controversial amendment to the Cyber Crimes Act, which criminalises the use of a computer for malicious communication, collapsed yesterday before a trial date was set, triggering an ominous warning from the nation's top prosecutor.

"Members of the public may find themselves in a very vulnerable position," warned Paula Llewellyn, director of public prosecutions (DPP), after announcing that her office would offer no evidence against popular women's rights activist Latoya Nugent.

"Persons who are unscrupulous may believe they can now go on Facebook and other social-media sites and say anything about a person, whether it's true or not, and believe this (Nugent's acquittal) will give them a pass."

Nugent, the co-founder of the advocacy group Tambourine Army, was facing three counts of using a computer for malicious communication for allegedly making derogatory comments about three well-known clergymen on various social-media websites, including Facebook.

Another St Andrew woman is still before the court charged with the same offence, which some groups have described as an attack on their right to free speech.

Nugent pleaded not guilty to all charges when the allegations were read to her in the Kingston and St Andrew Parish Court and walked free after Llewellyn's announcement.

Carlton Williams, the attorney for the three clergymen, described it as a "serious and terrible situation" when persons are allowed to make false and derogatory statements about others without consequences. "What is even more hurtful is that the postings remain despite requests to remove them," he added.

Williams said that he did not agree with the DPP's decision and revealed that his clients had already begun civil proceedings against Nugent in the Supreme Court.

"We think there was sufficient evidence to prove this case beyond a reasonable doubt," he insisted.

Outside the courtroom, Nugent vowed to continue bringing awareness to women's rights but said that she was prepared to re-examine her approach.

"I suspect that because I spoke publicly, it ruffled some feathers and I paid the consequences," she told The Gleaner.

"I think I'm too passionate about the cause to stop the work that I'm doing, and it would be a betrayal to women and girls everywhere if I stop, so I won't stop. I'll be more cautious. I'll do things a little differently, but I won't stop," said Nugent, who is also contemplating legal action related to her arrest.

Despite this, Llewellyn and the deputy head of her cybercrimes unit, Yanique Gardener Brown, defended the decision to end the case against Nugent, indicating that the offence of using a computer for malicious communication is "very difficult" to prosecute because of the high threshold created in the law.

They noted that under Section 9 of the Cyber Crimes Act, prosecutors must show that a computer was used to send data, that the data sent was obscene, constituted a threat or was menacing, and was sent with the intention of harassing any person or causing harm or the apprehension of harm.

Llewellyn and Gardener Brown acknowledged that the postings allegedly made by Nugent were offensive and that prosecutors may have been able to prove that they were intentional. However, they explained that prosecutors would be hard-pressed to prove the other elements of the offence.

"In other words, it was offensive, but it was not at the level to make it obscene, or threatening, or menacing," Llewellyn told The Gleaner outside court.

The attorney for the three clergymen agreed with Llewellyn that the threshold to mount a viable criminal prosecution for the offence is too high and wants lawmakers to revisit the legislation.