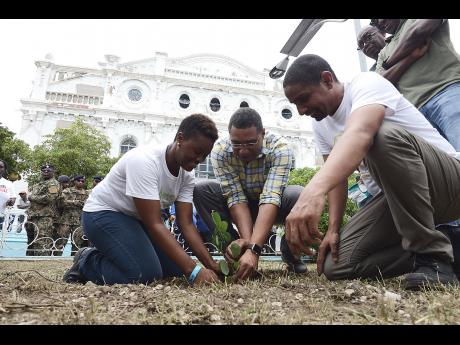 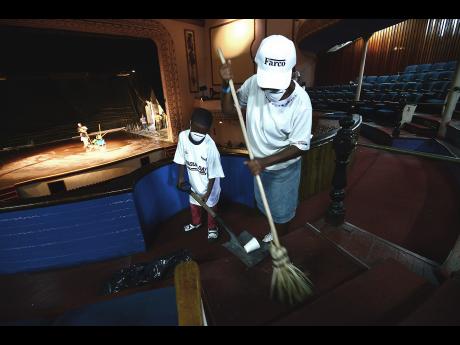 As Prime Minister Andrew Holness spoke in front of the world-famous Ward Theatre about plans to restore the cultural landmark to its former glory, on Labour Day, a cooling breeze swept through its interior as if it was breathing again for the first time in many years.

Holness was among several parliamentarians, including Olivia Grange, minister of culture, gender, entertainment and sports; Opposition Leader Dr Peter Phillips; Mayor of the Kingston and St Andrew Municipal Corporation, Delroy Williams; and the former mayor, Angela Brown Burke, at the official ceremony to mark the start of work on the historic building. It was earmarked, along with the Central Police Station, as National Labour Day projects.

"If Jamaica is going to be measured by its cultural wealth, it would be a very wealthy country. But because culture is sidelined by all sorts of social issues, we have not embraced everything that comes from our culture," he said.

Holness said he longs for the day when he will be able to send his children to see the Pantomime at the Ward Theatre, noting that the Government which he leads has made investment in culture a primary facet of nation building.

Grange said that plans were afoot to have the "celebrated cultural space" completed and ready by August, to host "special performances" during the nations Independence celebrations.

$7 million set aside for restoration

Meanwhile, Steadman Fuller, custos of Kingston and St Andrew, challenged both the Kingston and St Andrew Municipal Corporation (KSAMC) and corporate Jamaica to establish funds in their budgets to be set aside for the upkeep and maintenance of the Ward Theatre, which has fallen into a state of disrepair due to many years of neglect.

Approximately $7 million was set aside by the KSAMC for work on the Ward Theatre, according to Delroy Williams, mayor of Kingston and St Andrew.

"We believe this will be money well spent as we do our best to make this wonderful, cultural space breathe again.

"It is for the people to explore; for tourists to come and see; for the children to adore, and for our rich culture to once again have a home to shine," Williams said of the Ward Theatre.