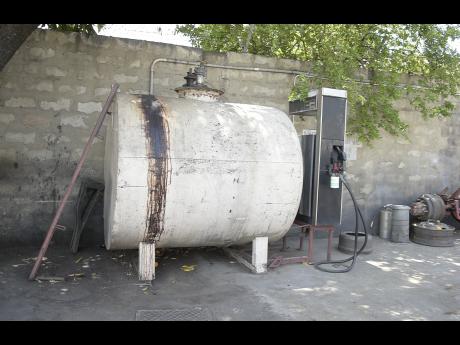 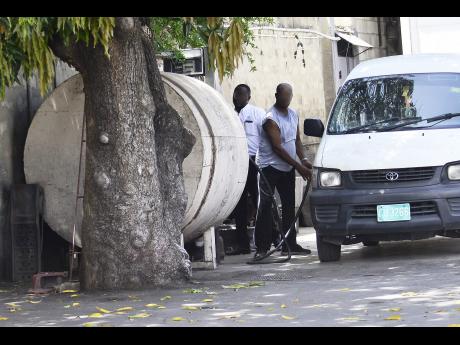 The National Environment and Planning Agency (NEPA) and the police have launched investigations into the illegal sale of gasolene at an unauthorised property on Beechwood Avenue in the St Andrew Central Police Division, which was revealed in a Sunday Gleaner story this week.

Director of the Legal and Enforcement Division at NEPA, Morjorn Wallock, informed The Gleaner that the matter is being taken very seriously.

"There is a breach of the environmental and planning laws and criminal prosecution may ensue when investigations are completed," Wallock stated.

"The agency has started its investigations and has reached out to key stakeholders such as the Jamaica Constabulary Force to facilitate closure/cessation of the activities."

Head of the Corporate Communications Unit of the police force, superintendent Stephanie Lindsay, also shared with The Gleaner that superintendent in charge of the St Andrew Central Division, William Kessler, has commenced a probe into the matter.

"He (Kessler) has sent out a team to check to see if they can verify the operation," Lindsay said. "The first step is to verify by identifying the operation and then call in the various agencies."

During The Gleaner's visit to the facility last week, it was noticed that it contravened some of NEPA's basic criteria for the operation of petrol stations. However, yesterday when The Gleaner team visited the facility, it was closed.

Haulage contractor Gladstone Hastings, who runs the illegal petrol station, confirmed in the story published in this Sunday's Gleaner that he was selling gasolene at the premises without the required permits, but argued that he planned to get them soon.

He admitted to having not yet completed the steps, such as getting approvals from NEPA, the National Works Agency, the municipal council, the Town and Country Planning Authority, and the fire department to operate the petrol station.

But Hastings could find himself in serious problems with the law, as, under the Natural Resources Conservation Authority Act, an environmental permit is required for this activity.

"Persons who contravene this requirement may be charged and brought before the courts," Wallock pointed out. "If found guilty, they may be sentenced to a fine of $50,000 or to a term of imprisonment not exceeding two years, or to both fine and imprisonment."