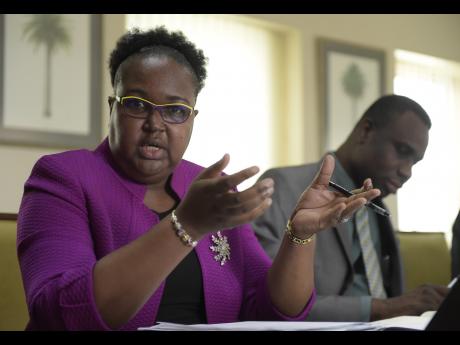 The Ministry of Education says it will find a school for a teenage boy who has been at home since last November when he was acquitted of sexual-abuse charges.

"I'm really sad that his mother has got the runaround because the ministry's responsibility is to find another school to put him," Grace McLean, chief education officer at the ministry, told The Sunday Gleaner.

"When we get into these situations, the option is to place the child in a private school and the ministry pays most of the fees," added McLean, after hearing of the problems facing the 15-year-old boy and the difficulty his mother, Cynthia Morris*, is having to find a school for him.

Morris said her son was arrested last year when officials at his St Catherine-based high school reported to the police that he and another 15-year-old schoolboy were circulating a video of an underage female student having sex.

Upon discovery of the video, school officials telephoned the police, who launched an investigation into the report. The other boy was arrested, while Morris' son was suspended for 10 days.

Shortly after he was suspended, Morris' son was invited for questioning by the police, at which time he was arrested and charged with having sex with a minor and for distributing child pornography.

Morris said her son spent months at the Metcalfe Street Juvenile Centre while the matter moved slowly through the court.

Last November, the court threw out the case against the boys while the female student migrated.

Morris then attempted to have her son resume classes at his school but was told he would not be taken back as he has been off the register for more than two months.

The distraught mother took her complaints to the education ministry and was directed to its St Catherine offices.

"I went there and explained to a gentleman and he told me that his hands were full and he couldn't help me," said Morris.

She said she has tried to get her son into three other schools but with no success.

"This was the first time he is getting into trouble at school, and I feel really bad. It is also affecting him because normally he would go to school and play football. Him do tracks so it is really stressing him that he can't do these things," said Morris.

While underlining her determination to address the matter, McLean said cases such as this are not unfamiliar to her office.

"It wouldn't be advisable for him to go back to the school he is coming from. We have to find another school for him," said McLean.

"We just need to get the information and I will ask one of my officers to make contact and we can get the child in school for September," she added.