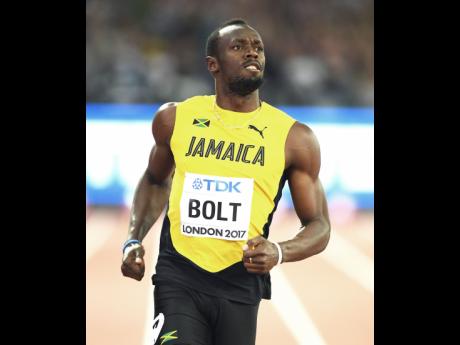 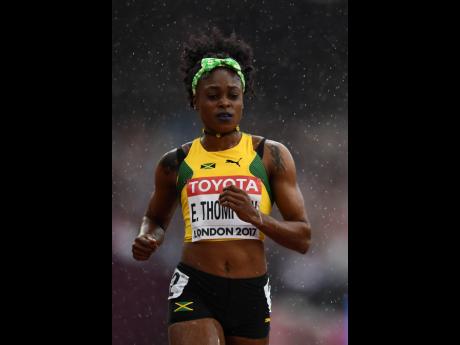 The greatest sprinter in history will take his final stride on the track, bringing to an end an era of unmatched dominance, influence and impact. Track and field's poster boy will, we hope, bring the curtain down on his career in tonight's 4x100m final inside the London Stadium.

But first, Bolt and his Jamaican teammates must navigate the heat set for 10:55 a.m. (4:55 a.m. Jamaica time) and avoid another slip-up in a championship that has left questions swirling about Jamaica's spot as the world's ultimate sprinting conveyor belt.

Bolt will be joined in the heats by a supporting cast of Tyquendo Tracey, Julian Forte and Michael Campbell - a few of the athletes who will be charged with keeping the island in the forefront of international sprinting in the years to come.

It's not the most intimidating Jamaican quartet - it does not have the aura of the teams that have won the event at every major championship since 2008 - the team that has beaten its nearest rival by an average of .20 seconds since 2009.

This time, when Bolt speeds down the stretch for the final time in hunt of a fifth straight World Championships gold in this event, it's almost expected that he will have closer company.

Either way, the IAAF World Championships curtain closer, scheduled for 9:50 p.m. (3:50 p.m.) will, as is often the case, be about Bolt - and then everything else.

Bolt has only ran on one losing relay team at this level - the second-place finishing 2007 World Championships unit, where he ran the second leg with a 9.05 split. But if there is any doubt how badly he wants to close his account with a gold medal, one only needs to consider that today's leg will be Bolt's first in the heats at a major global senior championships. It means that much to him and, perhaps, even to the sport.

Omar McLeod, the 110m hurdles champion, has sub-10 seconds speed over the flat event, and does have decent relay experience as a junior and also as a professional athlete. He wants to run in the final and has been taking part in relay training here.

Yohan Blake, who was expected to be added to the team for the final, is doubtful at this point, after complaining of a pain in his leg following his 200m exit.

Christania Williams, Natasha Morrison, Jura Levy and Sashalee Forbes are responsible for getting the Jamaicans through to the final of the women's event, with double Olympic sprint champion Elaine Thompson likely to be added to the team for the final.

Morrison and Thompson are the only returning members of the team that won gold two years ago at the last World Championships.

two where they will be tested by Trinidad and Tobago and Germany, in particular.