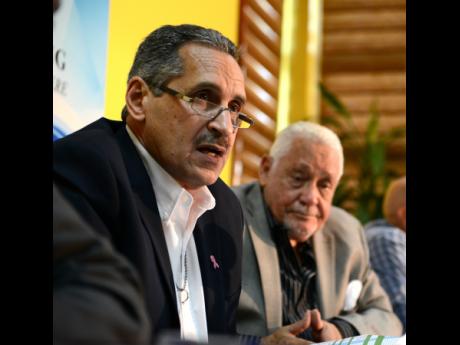 Managing Director of the hard-pressed Jamaica Urban Transit Company (JUTC) Paul Abrahams has shifted his position on the rationalisation exercise to reduce the number of workers at the overstaffed bus company, stating that it was far from conclusive if the job cuts are to take place at all.

Abrahams told members of Parliament's Public Administration and Appropriations Committee (PAAC) on Wednesday that the company was spending an additional $25 million per month, which equates to $300 million per year, to pay 500 workers more than it needs to run its operations.

He further said that a rationalisation exercise would be completed by next week, at which time representation would have to be made to the ministry as to what would happen to the additional persons that need to be removed from the JUTC.

However, in speaking with The Gleaner at a press conference held at the Ministry of Transport and Mining on Friday, Abrahams argued that going forward, all options such as repositioning and retraining persons as well as expanding services elsewhere would be explored.

"It's not something that could be resolved in five minutes, if it even were to be resolved. If companies say they're overstaffed by 400 persons, it does not mean they're going to send these people home tomorrow morning. It doesn't work like that, especially in the public sector. So I don't think my employees at the JUTC have anything to be concerned about at this present time, and I ask them to rest assured that it's a long process if we were to proceed," said Abrahams.

Earlier, Minister of Transport and Mining Mike Henry specified that the state-owned bus company was overmanned by exactly 411 personnel.

"Given the international benchmark standard of four persons per bus and a fleet rollout of 460, the JUTC has a staff complement of 2,251, and that figure should be 1,840," said Henry.

The status of the remaining 70 employees is to be determined.

The minister stated that he had instructed the board chairman to ensure that the unions that represent these workers were called in immediately to sit at the table and have meaningful discussions to arrive at decisions.