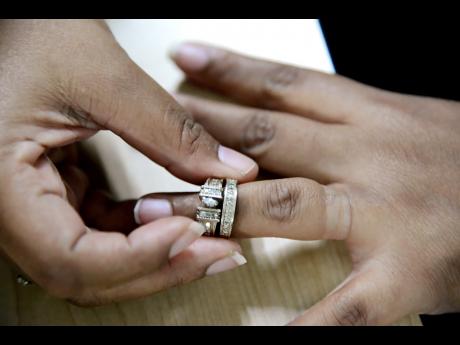 Several of Jamaica's judges want the Matrimonial Causes Act amended to make it easier for them to grant divorces.

According to the judges, who spoke to The Sunday Gleaner on condition of anonymity, the law should be changed so that divorce petitions do not have to go before them twice before they are granted.

They argued that after ensuring that everything is in order, the judge should be able to just make a final order, as this could save a lot of judicial time.

"Something is really wrong with so many divorces flooding the court, and in some instances some people marry this year and want to divorce next year. The judges have to go through the affidavits in divorce cases to ensure that everything is in order. It is time-consuming to be going over the process twice," one judge said.

"Divorce cases are running competition with criminal cases, and something must be done now to change the method of divorce," he added.

The Supreme Court's Statistical Record for 2017 Easter Term (April to July) showed a total of 1,900 divorce petitions were filed, an increase of 3.2 per cent over the 2017 Hilary Term (January to April).

In addition, for every 100 decrees absolute filed there were roughly 123 decrees nisi filed in the period.

A total of 1,130 matrimonial matters were disposed of in the Easter Term, 99.99 per cent of which were by the method of decrees absolute granted and the remaining 0.1 per cent by way of a notice of discontinuance.