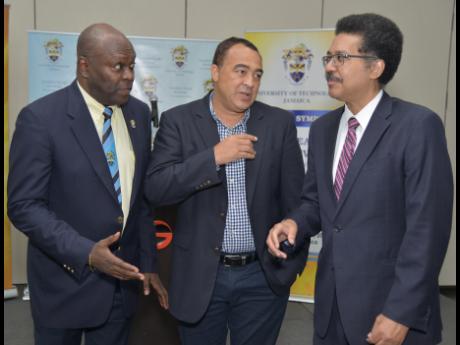 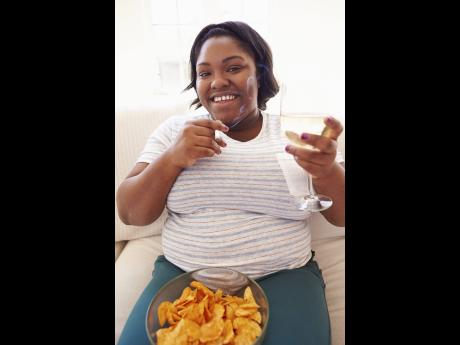 There is more concern that Jamaicans are eating themselves into an early grave, with statistics indicating that 67 per cent of deaths in the country are linked to poor diet.

While the frightening murder rate is given prominence in the news, Professor of Public Health Nutrition at the University of Technology Fitzroy Henry finds that far more Jamaicans are digging their graves with knives and forks.

Data indicates that heart diseases and hypertension account for 23 per cent of those who end up in the morgue annually, while cancer accounts for 21 per cent. Another 13 per cent of the population succumb to diabetes while 10 per cent die from stroke.

Approximately seven per cent of Jamaicans die from injuries, including gunshot wounds.

"Left unchecked, obesity and its consequences will overwhelm the financial and human capacity of the health sector and ultimately undermine the productive capacity of Jamaica," said Henry, whose 2016 study found that more than 50 per cent of Jamaicans are unwilling to do anything to improve their health.

"Many of even the obese persons and those suffering from chronic disease are not willing, ready or able to alter their habits.

"This means that expensive health promotion programmes with strategies that assume most persons are ready to adopt a healthy dietary habit are likely to fail. A different strategy is required for this reluctant group because some do not recognise they have a problem, or even deny the negative effects of their existing dietary habits," added Henry.

An estimated 60 per cent of Jamaica's population is either overweight or obese and another 20,000 are projected to join one of these categories by the end of this year. It's a reality that policymakers are grappling with.

Intent on addressing the issue, both Minister of Health Dr Christopher Tufton and Minister of Finance Audley Shaw took a break from the Cabinet retreat last Thursday to engage various stakeholders at a scientific symposium aimed at assessing the fiscal measures to prevent obesity and non-communicable diseases in Jamaica.

"Jamaica has been in persistent productivity decline over the past several decades," said Shaw.

"Our diet and our overconsumption of sugar and other negative effects are a part of that negative productivity decline," argued Shaw, who revealed that he overhauled his diet and decreased his sugar intake since his doctor expressed concern about his health two years ago.

It is estimated that more than 5,700 lives could be saved and economic losses of more than $77 billion avoided over the next 15 years if Jamaicans could commit to eating healthier and exercising more, but Henry believes this is an uphill task.

"Some are pessimistic about their ability to make change. Often, they selectively filter information that helps confirm their decision not to eat better," said Henry.

They therefore need to be encouraged to start thinking about change, and the benefits that come with it," he added.

The professor of public health nutrition is adamant that while a strategic evidence-based education and motivational approach is valuable to combat obesity, legislation and policies are also needed.

"Given the high and increasing rates of obesity and chronic diseases and the concomitant risk of death associated with them, it is also clear that the educational approach must be accompanied by other approaches which can overcome the structural and emotional barriers which enhance the obesogenic environment," said Henry.