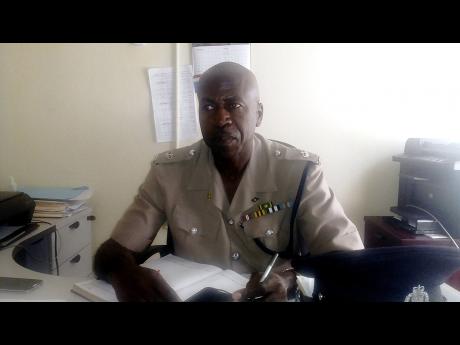 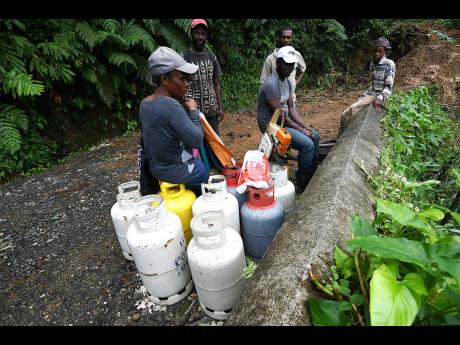 Ricardo Makyn
The people of Portland have listed roads and infrastructure among their major concerns and a landslide during recent heavy rain left these residents of Barry Hill stranded.
1
2

Roads and infrastructure, unemployment, water, lack of educational opportunities, and electricity, all provide more headache for the residents of one of the most peaceful parishes in Jamaica, and the police are vowing to keep it that way.

"We will not be complacent," declared head of the Portland police, Superintendent Dwayne Wellington, last Thursday.

"This is arguably the safest parish islandwide, and with the cooperation of residents and other stakeholders, it will remain so for a long time to come. The partnership between the police, residents, and stakeholders is most valuable. This augurs well for the future, and clearly, the confidence that community residents have in the police is bearing results," added Wellington.

Up to February 10 this year, when the latest official numbers were released, the parish recorded just one murder, one reported case of rape and no shootings.

This is good news for Mayor of Port Antonio Paul Thompson, who told The Sunday Gleaner that the effort by the police to stem crime in the parish is commendable, as they are achieving success with limited resources, including not enough vehicles.

"The parish is not short of crime-fighters and they are committed to their jobs," said Thompson.

"The support from residents and the business community towards the police is overwhelming," added Thompson.

He said the municipal council is working to address the other major concerns of the residents.

"As it relates to unemploy-ment, we at the Portland Municipal Corporation continue to provide employment to dozens of needy residents. During the summer, a number of students benefited from work experience, where they received a stipend.

"Persons have received work at a construction site at the police station that is being built along William Street, while others have gained employment on the worksite of the ongoing water drainage and sewerage project. Additionally, dozens are working along the main thoroughfare leading from St Margaret's Bay to Port Antonio in an ongoing beautification project and the cutting of lawns," said Thompson.